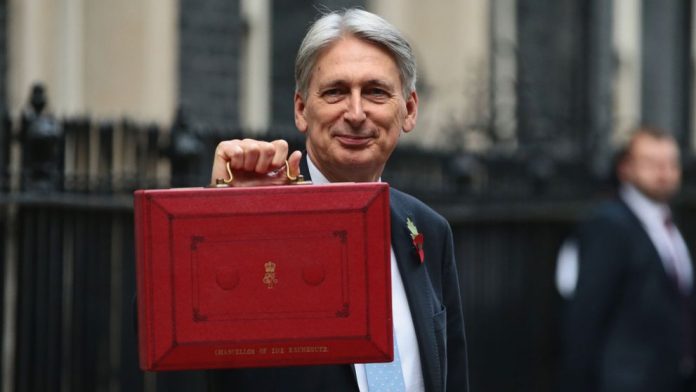 The Chancellor has used a cumulative £68bn borrowing windfall to significantly ease,but not end,austerity for the UK’s public services and deliver a welcome boost to low-income families on Universal Credit.

Tough times still lie ahead however, the Resolution Foundation says in its analysis of the Budget today.

The Foundation says that while Britain’s economic outlook has only seen a slight improvement since the March Spring Statement, the Chancellor benefited from a very significant improvement in the Office for Budget Responsibility’s (OBR) public finance forecasts.

The biggest in-year upgrade to borrowing forecasts since the OBR was created gave the Chancellor a £11.9bn windfall this year, and a cumulative improvement of £68bn over the next five years.

The Chancellor has banked lower borrowing this year but decided to use up almost all (97 per cent) of the windfall by 2022-23 with discretionary extra borrowing.

This extra spending has been used to increase day-to-day departmental spending by £28bn a year in 2022-23.

This increase in spending is enough to meet the government’s pledge on NHS spending, and to mean that overall departmental spending is rising.

However, it means that unprotected departments will still, on average, see cuts in every year from 2020-21 and their per capita real-terms budgets will be 3% lower in 2023 than 2019.

The report welcomes the £1.7bn of extra funding for Universal Credit (UC).

The £1,000 increase in Work Allowances will deliver a £630 boost to low-income families, and means that UC is now more generous than the benefit system it is replacing.

However, they caution that austerity is not over when it comes to social security. The cash freeze in working age benefits is set to continue next year, saving the Exchequer £1.5bn but costing a couple with children in the bottom half of the income distribution £200.

“In today’s Budget, the Chancellor has significantly eased – but not ended – austerity for public services. However, tough times are far from over.

“The Chancellor has set out plans to spend almost all of a very significant fiscal windfall on extra spending for the NHS, bringing to a close the era of falling overall public service spending. But unprotected departments are still on course for spending cuts into the 2020s – averaging 3 per cent between 2019 and 2023.

“The Chancellor has also delivered a welcome boost to families on Universal Credit worth £630 a year. This will mean that the government’s flagship welfare reform is now more generous than the benefit system that it is replacing. While today’s reforms certainly won’t end all the problems some recipients have faced with Universal Credit, they should ease the rollout in the months and years ahead.”

Blues fans to be consulted on new badge design