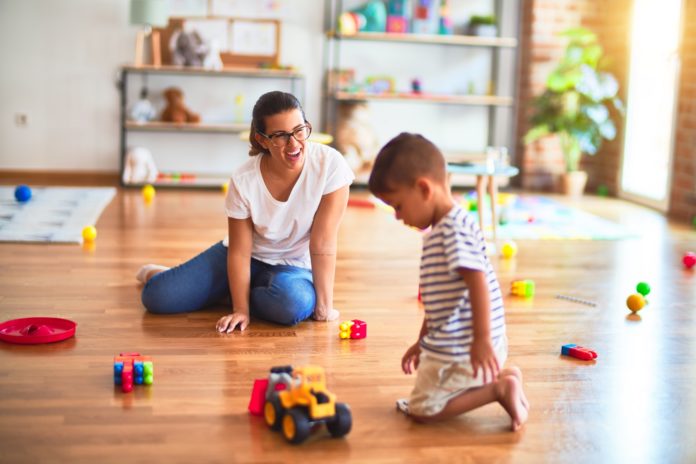 Researchers at the Institute for Fiscal Studies have analysed just how big the lockdown has been for children’s and parents’ day-to-day lives.

Since 23 March, schools and nurseries have been shut for most children across the UK, and social distancing rules preclude most activities outside the home – such as team sports, going to the playground, and meeting up with friends and relatives.

Informal childcare by grandparents and other friends and family has mostly been ruled out, and even contact between parents who do not live together is likely to fall. Parents are facing greater responsibility for supervising and educating their children at the same time as many are trying to adapt to working from home.

The research found that school closures are a big change to children’s schedules, but not the only one.

Before the pandemic, children aged 8 and older spent on average around 30 hours a week at school during term-time. But 8- to 16-year-olds will also need to change the average 22 hours a week they spent on activities outside the home, which are now largely ruled out by current social distancing measures.

For some groups of parents, combined responsibilities for work and childcare could take up virtually the entire day.

Before the pandemic, working parents already spent roughly 60% of their non-sleeping time either working or with their children. If they need to be with their children – for example, playing or supervising schoolwork – during most of the time that children would have been in school or outside the home without their parents, childcare and work responsibilities would take up virtually the entire day.

For working parents to be able to meet both work and childcare commitments, they will need more flexibility on when – not just where – they can work.

More than four in five working parents worked exclusively during core business hours before the crisis. However, not all jobs will be able to support fully flexible working.

The research recommends that the Chancellor should consider extending 80% wage replacement to employees who reduce their working hours to accommodate childcare responsibilities. The current furlough scheme allows parents to give up work completely to look after children, but it does not reimburse them for working shorter hours. This incentivises couples to have one parent give up work completely while the other works their regular hours, which is likely to increase gender inequalities. To help avoid this, the government should consider reimbursing employees who reduce their hours, but not to zero, to manage childcare or other caring responsibilities.