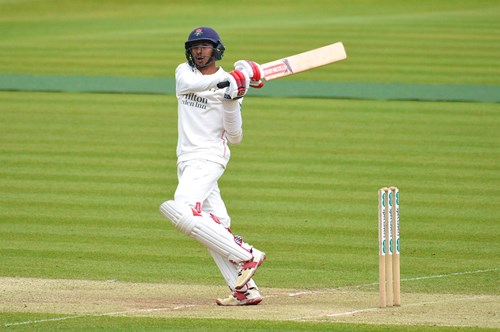 Haseeb Hameed struck a century on day two at Lord’s as Lancashire moved into a first innings lead against Middlesex in the Specsavers County Championship.

The Bolton-born batsman was only opened the Lancashire innings because Alex Davies had injured his thumb while keeping wicket on the first day, but he made the most of the opportunity with a virtually chanceless knock of 117 from 196 balls.

A first-wicket century stand with Keaton Jennings was the platform for the visitors to take control of the game and they ended the day on 267-4 – a lead of two runs.