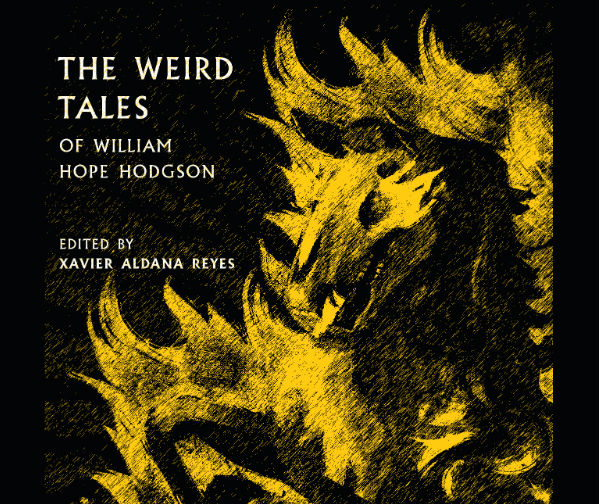 The works of an influential ‘weird fiction’ author killed in action during the First World War have been republished in an anthology edited by a Manchester academic.

William Hope Hodgson (1877-1918) was a British writer renowned for his short stories that merged elements of horror, science fiction and fantasy, as well as his post-apocalyptic fantasy novel The Night Land.

The Weird Tales of William Hope Hodgson, “ten nerve-wracking episodes of horror penned by the master of atmosphere and suspense”, is edited by Gothic and horror fiction expert Dr Xavier Aldana Reyes.

It is the latest in the British Library’s ‘Tales of the Weird’ series.

Following his death near Ypres, Hodgson’s work has continued to be published posthumously and been cited as an influence by twentieth century fantasy and sci-fi writers and beyond.

Dr Aldana Reyes, Senior Lecturer in English Literature and Film at Manchester Metropolitan University and founder member of the Manchester Centre for Gothic Studies, said: “In his long essay Supernatural Horror in Literature, H. P. Lovecraft wrote that William Hope Hodgson’s fiction was of ‘vast occasional power in its suggestion of lurking worlds and beings behind the ordinary surface of life’ and that he was ‘second only to Algernon Blackwood in his serious treatment of unreality’.
“Hodgson has, in time, been recognised as a key player in the development of the weird tale, a subgenre of speculative fiction concerned with the limits of human experience and the unknowability of the natural world that brings together elements of the horror, science fiction and fantasy literary traditions.

“This new collection brings together the best of his ‘weird’ tales in an affordable paperback edition.

Make Your Own’ Havaianas Pop-Up Exclusive to Selfridges Manchester