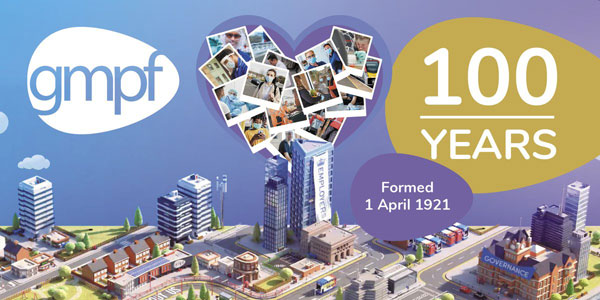 From its humble beginnings as part of the Manchester Corporation, 100 years of constant innovation and improvement has seen the GMPF grow to become the largest local government pension fund in the country.

The fund was formed on 1 April 1921 and its first valuation was £720,000. Today it’s worth £26.7 billion and has more than 375,000 members working across the 10 Greater Manchester councils as well as other organisations including the National Probation Service, academies and housing associations.

GMPF continues to win wide acclaim and won the “scheme administration” category in the prestigious LAPF Investment Awards two years in a row in 2019 and 2020.

GMPF Chair and Tameside Council Executive Leader Cllr Brenda Warrington said: “This is an important milestone and celebration for the pension fund, which is one of the biggest and best in the country.

“It is an opportunity to recognise just how far it has come in its 100 year history, thanks to continued drive, innovation and improvement. It secures the very best pensions for its hard working members – who dedicate their lives to serving the local community – while also using its powers to inject investment into the local economy, building a better, greener and fairer city region and achieving wider benefits for all.”