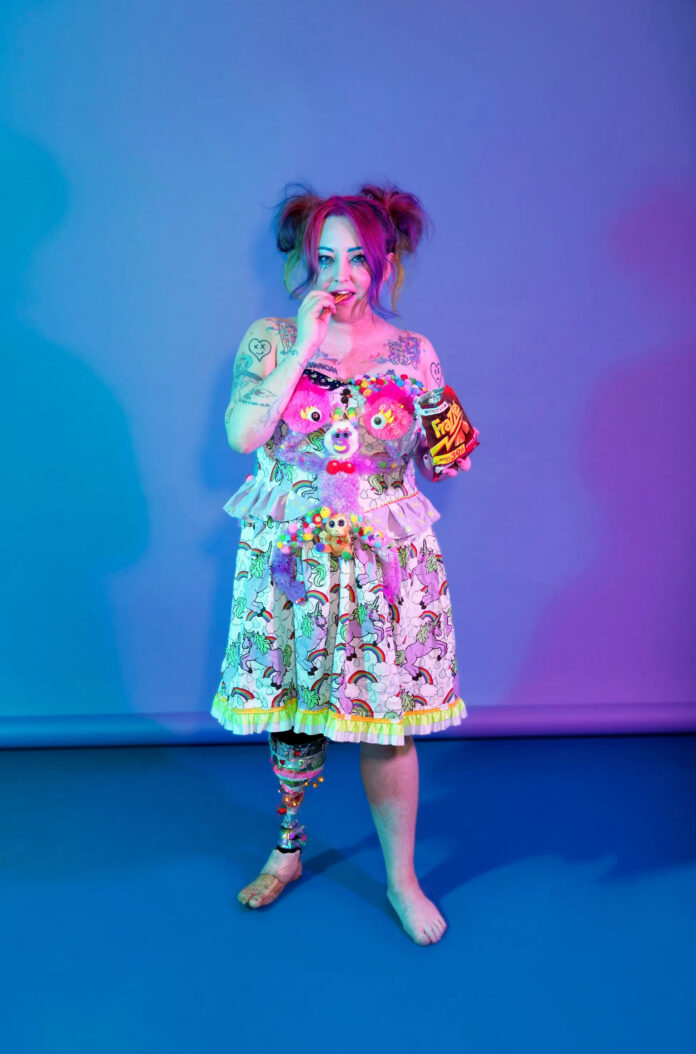 The first details of the programme for DigiFest 2020 have been announced, together with the news that it will be hosted by multi award-winning artist and educator Jackie Hagan.  DigiFest will take place on Friday 4 September and Saturday 5 September, with its creative focus being to mark the 50th anniversary of the Chronically Sick and Disabled Persons Act (1970); a landmark piece of legislation pioneered by Lord Alf Morris (1928-2012).

From a pop-up TV studio DigiFest 2020 will broadcast short films, discussions, speeches, digital art, music, comedy, song and more in an exciting programme of activity being led by Manchester Histories and its partners.

The work is all collaboratively created with organisations and individuals from the disabled community; exploring the legacy of Alfs Act, celebrating talent and creativity, and prompting conversations and discussion.  Introducing all of these different elements is host Jackie Hagan, who is passionate about class, sexuality, disability and accessibility.  She recently starred in and wrote an episode of Crip Tales for BBC Four and BBC America and has been nominated for a National Diversity Award and a Woman of the World Award for effecting lasting social change.

Jackie Hagan comments, “As an amputee with a disease no one’s heard of I love this project – society doesn’t want to talk about being sick or disabled so this is a place where you can be honest about our lives and champion the often unseen effort and achievement of disabled and sick people.

“I know at the minute when I say ‘politician’ most people think dodgy snakes but Alf Morris was brilliant, he was working class and grew up in Ancoats, and he was basically the first person to say that disabled people should have any rights.”

The celebration takes its inspiration from the legacy of Lord Alf Morris, who was born in the Ancoats area of Manchester and served as MP for Wythenshawe for over 30 years.  Alf led the campaign that would achieve the landmark legislation in 1970, which was the first in the world to recognise the rights of disabled people, and would lay the foundations for the Disability Discrimination Act (1995) and the Equality Act (2010).

Three short films will premiere at DigiFest that explore Alf’s story; looking at what drove him to be a tireless campaigner, his dedication, his legacy and a view of where things are now. Made alongside Alf’s family the first of the films will include a narration by his wife Irene and daughter Gill and all will feature activists, academics, politicians and allies. The films are made in collaboration with independent film-makers Brazen Productions.

DigiFest 2020 is collaborating with Drake Music, a nationwide charity that uses new technologies and ideas to open up access to music for all. Three young disabled artists Lucy Bale, James Holt, and Olly Hyland (all 18-29) will respond to the themes of the festival, producing new work to form part of the content for the festival.  DIY Theatre Company will also produce film work that tells the stories of ‘Following Patient 36’ a performance piece exploring Learning Disability History and the resilience of people with learning disabilities in Salford and Greater Manchester.

Creating a visual impact is some of the artwork resulting from a partnership with Venture Arts.  This includes the work of George Parker-Conway, a young artist from Wythenshawe, who is working on a portrait of Lord Alf Morris, using as inspiration a photograph taken of him by the first Earl of Snowdon to mark the 25th anniversary of Chronically Sick and Disabled Persons Act (1970).

George’s graphical visuals will also be appearing throughout the broadcast of DigiFest 2020 and he has worked alongside Manchester design studio Imagine to produce the visual identity and online festival programme.

Karen Shannon, Chief Executive of Manchester Histories, says, “The success of what we are hoping to achieve through DigiFest 2020 is thanks to the collaboration of all the organisations, institutions and individuals who have wanted to join in a celebration of the achievements of Lord Alf Morris.  The challenges faced at this time by disabled people also remind us why the spirit of campaigning continues, and so as well as remembering Alf’s story we’ll be looking forward to the future to ask what’s next.”

Manchester Histories is following a completely new format for the delivery of DigiFest 2020, which has taken some of the ideas that were planed for the Manchester Histories Festival 2020 that should have taken place in June, and transformed this into content that can be shared and interacted with online.