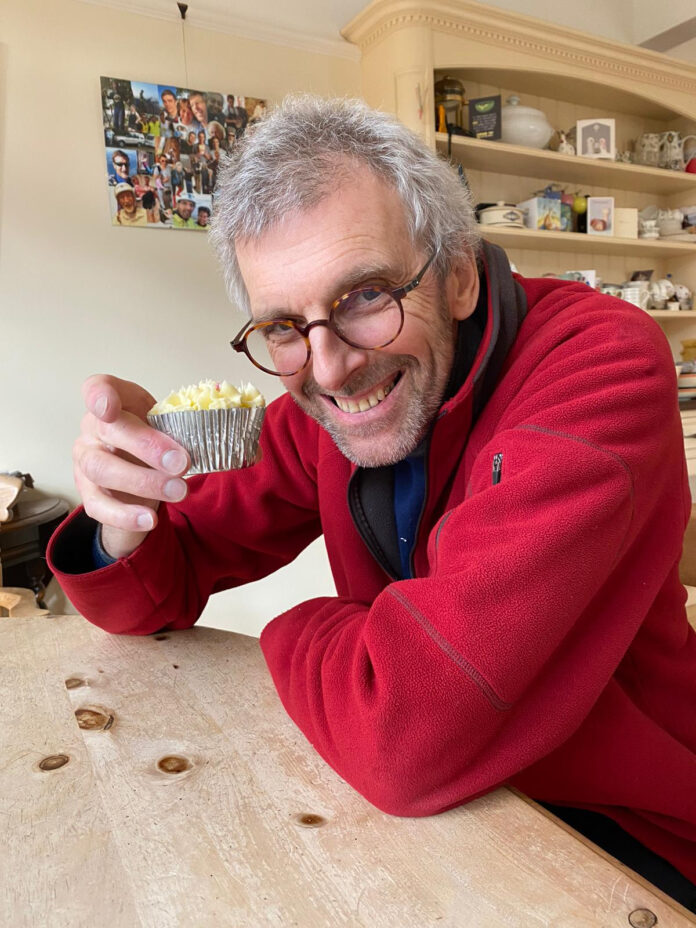 A Christie patient who became one of the first people to be treated with a pioneering new form of cancer treatment, will be taking part in this year’s Virtual London Marathon on Sunday to say thank you to the hospital that saved his life.

Mark Hunter, aged 62 from Altrincham, was the ninth person at The Christie to receive a highly complex and innovative ‘personalised’ treatment which uses the body’s own cells to fight cancer. CAR-T involves removing immune cells and modifying them in a laboratory so they can recognise cancer cells. It was approved by the NHS for appropriate and eligible patients last year.

Immune cells, called T-cells, are taken from a sample of the patient’s blood and reprogrammed in a lab to create ones that are genetically coded to recognise and destroy the patient’s cancer cells. This ’living therapy’ is then given to the patient.

Mark, who has three grown up children and is married to Diane, was given the treatment for lymphoma – a blood cancer – last December and has since been in full remission. And as a keen runner before and after his treatment, Mark decided to say thank you by running the London Marathon to raise funds for The Christie charity.

His fundraising total now stands at over £4,000, and he is looking forward to hitting the running trail alongside his running pals for the event. Although not in its usual format due to the Coronavirus restrictions, Mark will be running his own marathon route along the Trans Pennine Trail as part of the Virtual London Marathon, starting near Atlantic St, Altrincham, at 10.30am on the 4th October.

Mark, who is a dentist but currently not working due to the risk of infection, said: “The Christie has given me so much, this is my way of saying thank you. I can’t express enough the gratitude I have for everyone involved in my care.

“Exercise has been a big part of my return to health and I am back to running on a daily basis, which is bringing so many benefits both physically and emotionally. The Virtual London Marathon will be my biggest challenge so far and it is my intention to complete the course. I know it won’t be easy but I have a sense of adventure and determination that will get me round. My time is not important, however, the fundraising is and I want to pay back in a small but significant way for all the love and care that has allowed me to have a second chance.”

Mark can be sponsored here: https://uk.virginmoneygiving.com/MarkJHunter