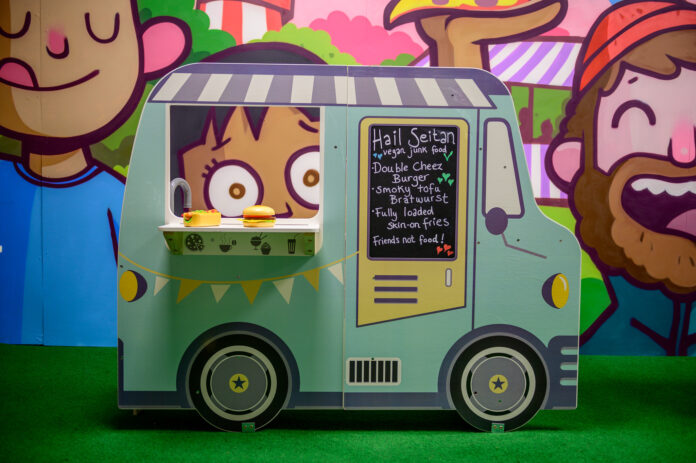 2020 has been a rough year for hospitality. But, slowly, the world looks ready to break bread together again.

Informally, in the open air – or abandoned textile warehouses. Not at cramped tables in restaurants. Street food is the food people want to eat right now – served up in the way people want to eat it. The British Street Food Awards (BSFA) supported by Hellmann’s is part of the biggest street food competition in the world and it’s coming to Manchester this weekend.

A British Street Food Award is a prize that genuinely changes lives. Wingmans, big winners
at the BSFA in 2017, recently opened up their second ‘proper’ restaurant – in Soho.

MEATliquor, who won at the Awards back in 2009 – now have 12 of the things. BSFA
winners go places. But only when they’ve won through the BSFA heats – and this year
they’re in some of the coolest street food arenas in the country.

There will be 12 traders over two days made up of local legends like Tikka Chance On Me, Seitan’s Kebab or Osaka Local going up against visiting stars like Hogless Roast, Urban Cheesecake and Mor Mor.

This northern heat is one of five regional heats culminating in a live, national cook-off judged by the general public and a stellar line-up of judges.

The wedding reception from Hell