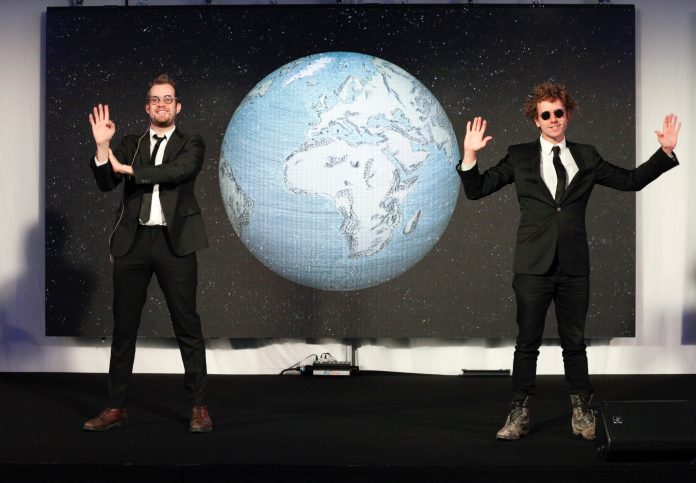 Forget red roses and giant fluffy toys this February, because the cybersecurity clock is ticking with Project Doomsday: The Intelligent Machine Chapter, where the Bulletin of the Atomic Scientists’ Doomsday Clock has struck midnight, and audiences have 60 minutes to make do-or-die decisions and avert global catastrophe.

Taking place at the Museum of Science and Industry on February 8, this is a fun-filled interactive show where the audience react in real time to an intelligence briefing by expert scientists and performers.

The directors of Project Doomsday are comedy duo Robin and Partridge. The show will also feature computer science and cybersecurity expert Miranda Mowbray and the University of Manchester’s Dr Antoniu Pop.

Andy Franzkowiak, director of Shrinking Space, said: “Project Doomsday is a raucous affair, where everyone is the hero, including you! The audience are elite members of Project Doomsday, selected due to their knowledge, skills and critical thinking under end-of-the-world pressure.

“In a crucial 60 minute countdown you will be tasked with getting to grips with the impending disaster scenario, listening to experts outlining their take on the situation – trying not to panic – and then leading the world to safety against insurmountable odds. The fate of the world is in your hands!”

Tickets for this event include evening entrance to the blockbuster Robots exhibition at the museum, exploring humans’ 500-year quest to recreate themselves in mechanical form. The exhibition will be open from 6pm and Project Doomsday will begin at 7.30pm.

Landmark digital exhibition humansbeingdigital opens at The Lowry this weekend

A new exhibition explores our mystical connections to the landscape

Strawberry Studios exhibition extended for another month due to popular demand