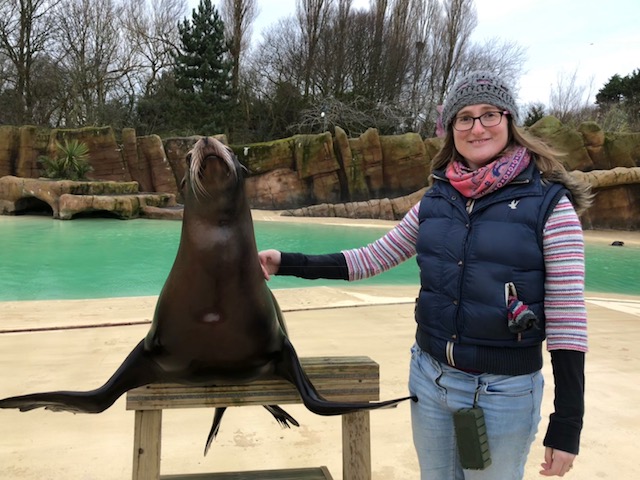 What if Benjamin Britten had taken inspiration from biomechanics and Antonio Vivaldi from artificial intelligence?

Student composers are going some way towards finding out by using science research carried out by university academics as the stimulus for a new set of classical works.

Eight composers from the School of Composition at the Royal Northern College of Music (RNCM) in Manchester have been paired with senior academics from neighbouring Manchester Metropolitan University to explore the latter’s latest investigations in their fields of expertise and score a short aural piece in response.

One of the most intriguing pairings is between student composer Jingyu Chen and Dr Robyn Grant, Senior Lecturer in Comparative Physiology and Behaviour, who studies sea lions at Blackpool Zoo to understand how the animals adapt to their current, and changing, environments.

Ms Chen said: “Through this collaboration, I’ve been very excited to discover that my compositions can be helpful to scientific research.

“During my conversations with Robyn, I found out that sea lions might behave differently in response to different kinds of music – they may even dance – and therefore, to test this, I first worked on the rhythmic elements in my piece, creating three different speeds so that we could see if the sea lion would bob her head in different ways.

“The final composition ‘Sea Lion Motion’ for oboe, percussion and violin, is an artistically free response to the three rhythmically different areas in the sea lion study.”

Dr Grant said: “It has been great working with Jingyu.

“She is amazing at composing the music, and seems to be able to create pieces so quickly to exactly the specifications that we set!

“It’s amazing, as a scientist, to witness a piece of music grow from nothing. We have planned our research entirely together, and I am really looking forward to seeing what the sea lions think of it and what the public think of it.”

Ms Chen’s piece and the other seven resulting classical works will be performed by eight of the college’s principal study performers at a première concert at the RNCM on Monday March 12.

Dr Emily Howard, Director of PRiSM, said: “PRiSM brings together researchers and practitioners through establishing and nurturing creative collaborations between the sciences and music.

“We are thrilled that New Music & Science, the RNCM’s first PRiSM collaboration with Manchester Metropolitan University, is proving to be such a brilliant example of this mission in practice.

“My belief is that there is no limit to how science can inform and inspire musical responses, and I’m very much looking forward to the March 12 world premiere performances of the eight diverse newly composed works, each a response to an area of current scientific research, a showcase of the wealth of student talent here at the RNCM.”

Dr Illingworth said: “This is an exciting interdisciplinary collaboration and by working together over a period of months, the researchers and composers have explored new ways to communicate and explore scientific research through the medium of music.

“There are a wide range of scientific topics being investigated, from airport noise and animal behaviour to biomechanics and artificial intelligence, and we hope that the process helps us to demonstrate new methods of both engaging the public with scientific research and challenging the way in which scientific research itself is conducted.”