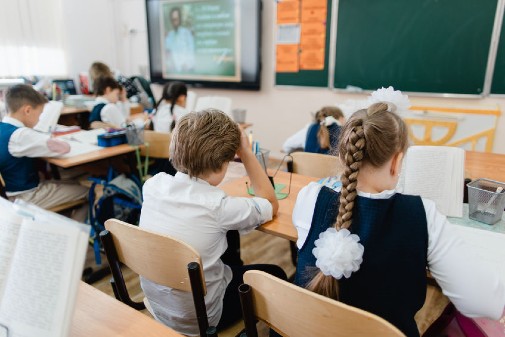 School uniforms present an unmanageable cost for families on a low income with children returning to school after lockdown, a new study from the University of York says.

The findings from the Covid Realities research project says that the need to purchase school uniforms imposed sudden and considerable financial burdens on strained budgets that led families to make sacrifices on food, heating and on occasions to enter into debt.

Dr Geoff Page from the Department of Social Policy and Social Work is a research fellow on the major research programme – funded by the Nuffield Foundation –  which examines the impact of the pandemic on people living on a low income.

Dr Page said: “Each time schools have re-opened after a lockdown, we have seen a wave of concerned parents sharing their worries about uniform affordability.

“Uniform costs often cluster at the start of an academic year, and so for families on a low-income it can be a source of acute anxiety and worry. Uniform can be hard to accommodate in precariously balanced budgets, where almost every penny is meticulously accounted for.

“Our participants described a sense of the unmanageable – of living with unmanageable expenses, with school uniform representing another turn of the financial screw.”

The research programme draws on the first-hand accounts of more than 100 parents and carers to set out the issues associated with accessing and purchasing school uniforms for low income families.

It reveals the pandemic has made the issue particularly difficult with the closure of charity and school shops where uniform can be purchased second hand.

One parent called Alannah from the North West said: “It’s been nothing but worry. I am anxious and financially broke, paying £310 pound for school uniform when I only receive £556 a month.”

The inadequacy of social security for covering the costs of uniform was a persistent theme in the research, particularly when children were growing.

A mother of-two from the North West said: “Child benefit hasn’t seen any meaningful increase, in line with inflation for years. My 15-year-old son has always been tall, and has big feet. It costs a fortune in clothes – uniform, shoes, football boots. If he outgrows his footwear, I need to find £250 just to cover those costs just so he can have school appropriate footwear to do PE lessons.”

Researchers said that the £20 uplift to Universal Credit has been a lifeline for some people on low income but the potential loss of it made the future costs of uniform a source of deep anxiety.

Single parent and mother-of-two Charlotte from Northern Ireland said: “My daughter started secondary school and with extra Covid related expenses, her uniform and school expenses has nearly left me broken both financially and emotionally. Even with the £20 uplift I am struggling. The government did not consider children starting secondary school for the first time.”

One family reported that they had had to enter into additional debt using a crisis loan to pay for uniform. Others reported making trade-offs like going without healthy food in order to afford school uniform.

The report concluded that schools’ decisions about uniform may exacerbate the difficulties faced by parents with badged uniform items and approved suppliers  dramatically increasing costs, whilst reducing families’ ability to shop around or find bargains.

Researchers are calling for national guidance on the cost of a school uniform as one step to make uniforms less financially damaging to families. A bill to investigate this is currently being debated in Parliament. They are also calling for more financial support for families with children.