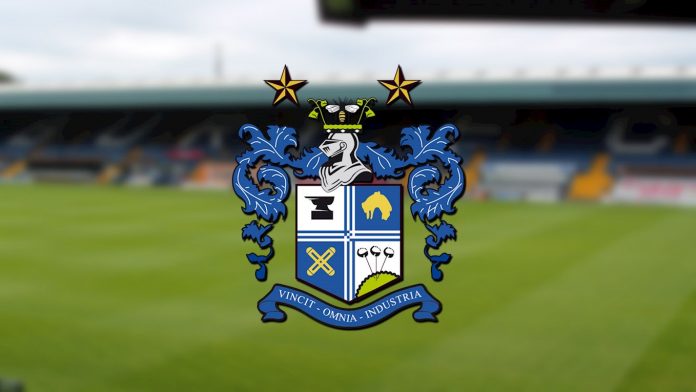 Bury Chairman Stewart Day has apologised to fans after the Shakers were demolished at home in the FA Cup to non league Woking.

In a heartfelt statement he said the attitude of the team was not acceptable, The word deflated goes nowhere near to describing how we all felt and that the players lacked  lacked fight, passion and desire

Here is the statement in full

“I wanted to put pen to paper to apologise to the loyal Bury fans who witnessed last night’s performance in the Emirates FA Cup game against Woking.

The word performance goes nowhere near to summarising what we all had to experience and I can 100% state that it was not good enough!

The attitude of the team was not acceptable and as a Chairman and a fan I expect much, much more.

The fans’ frustration was also echoed by myself and the Board and that performance does not represent what Bury Football Club represents.

The word deflated goes nowhere near to describing how we all felt.

Like every League One, Two and non-league side, progression in the FA Cup is something we all look forward to, especially me, as it is a competition I have loved for many years.  It is a competition that I wanted to progress as far as we can in. To get knocked out in the way we did is extremely disappointing for me.  We lacked fight, passion and desire, attributes that I, as Chairman, expect the players to give when wearing the shirt of Bury Football Club.

Woking Football Club deserved to go through as they played as a team and wanted to win much more than we did and everyone on the ground applauded them off the pitch.  I personally congratulated each player and member of the coaching staff.  We wish them well in the next round.

The players will be made to know what I expect, and the type of performance I expect from them.  They now need to give you something back, and that starts this coming Saturday at home to Blackburn Rovers.

I hope that you can come down to Gigg Lane on Saturday and support the Club and let the team repay the faith that you have always shown in them.”