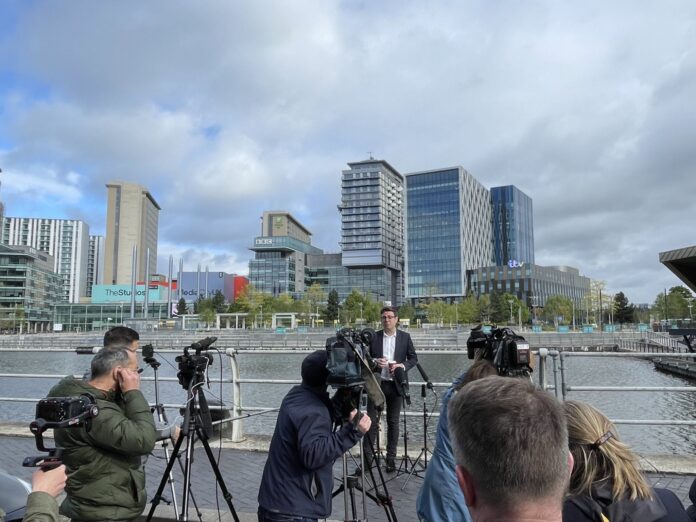 The newly elected Mayor for Greater Manchester has set the ball rolling for publiuc transport less than forty eight hours after being re elected.

This morning he said that he  plans immediate talks with Government to accelerate bus franchising, with new target of 2024.

He promised 95 electric vehicle charging points to be delivered by end of the year, with a further 200 by end of 2022.

A Bike hire scheme will  launch in November and 100km of cycling and walking routes to be completed by end of year.

He has also asked  TfGM to accelerate plans to bring Metrolink to Middleton as part of regeneration vision for town.

Andy Burnham, said: “Across the world, the most successful city-regions have one thing in common – an affordable, integrated and accessible transport network.  People in Greater Manchester have made clear that they won’t settle for second best any longer – that is why on day one of my second term as Mayor I’m vowing to accelerate the delivery of a world-class transport network for our city-region and its people.  It is absolutely critical to our future economic and social prosperity.

“People here deserve a transport network where you can seamlessly travel across our city-region on buses, trams and trains – without spending a fortune each time. We will deliver this alongside hundreds of new Electric Vehicle charging points, a bike hire scheme and world-class cycling and walking corridors which will make everyday trips to school, to work and to the shops safe, easy and fun. This will benefit our people and our planet as we step up our plans for carbon neutrality.”

The Mayor has also written to Rochdale Council to offer his support for the creation of a new partnership to drive the regeneration of Middleton Town Centre, and is asking TfGM to accelerate the development of a business case to bring Metrolink to Middleton. The Mayor’s plans, endorsed by Co-Operatives UK, will build on the borough’s co-operative heritage, as well as Middleton’s proud industrial past, supporting local people to work together to revitalise their area through new investment, businesses and housing.

The new partnership will be tasked with preparing a masterplan for the town centre, including funding proposals to bring Metrolink to Middleton.  This follows the highly successful Stockport Mayoral Development Corporation (MDC), which is on track to deliver 1,000 new homes in the town centre by 2023.

Ahead of the first official day of his second term, the Mayor travelled via bus and tram from Middleton to MediaCityUK via Piccadilly Gardens and then back into the city centre – journeys similar to the commutes of many people across Greater Manchester:

A single bus journey in London costs £1.55, while a single tube journey over a distance of around two miles costs £2.40. There is also a daily cap of £7.40 for travel across bus and tube journeys for Zones 1 and 2.