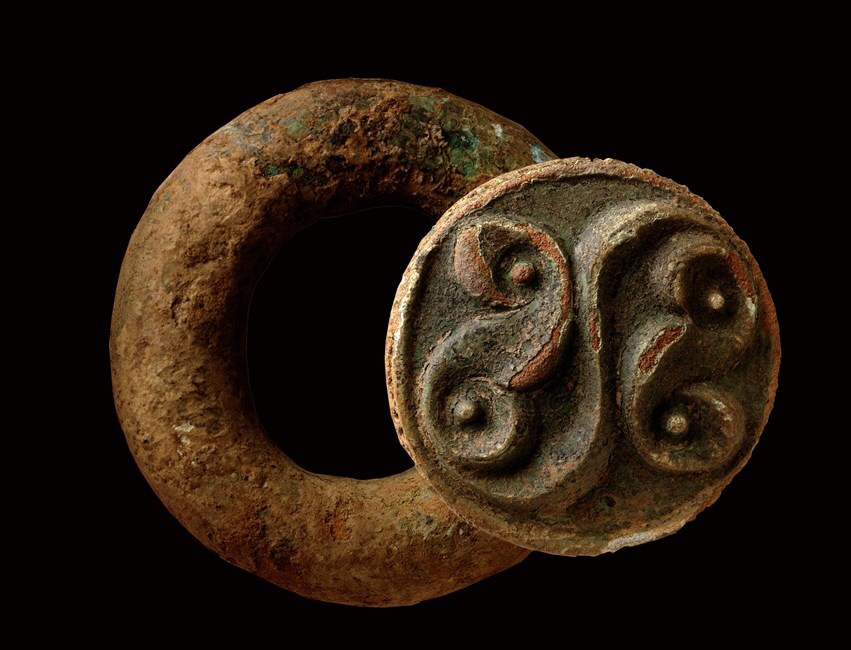 A Bronze Age settlement destroyed in a fire 3,000 years ago and preserved three meters beneath the earth is to be excavated in a £1.1 million four year project which will shed new light on day to day lives of our ancestors.

The site, Must Farm in Cambridgeshire, dates to the end of the Bronze Age (1000-800 BC) and once protected by a ring of wooden posts known as a palisade, was destroyed by a dramatic fire that caused the dwelling to collapse into the river, preserving the contents in situ.

The result is an extraordinary time capsule containing exceptional decorated textiles made from lime tree bark, rare small pots and jars complete with past meals still inside, and exotic glass beads that hint at a sophistication not normally associated with the Bronze Age. The finds, taken together, provide a full picture of prehistoric life.

David Gibson, Archaeological Manager at the Cambridge Archaeological Unit, said: “Usually at a Later Bronze Age period site you get pits, post-holes and maybe one or two really exciting metal finds. Convincing people that such places were once thriving settlements takes some imagination. But this time so much more has been preserved. It’s a fantastic chance to find out how people in the Late Bronze Age lived their daily lives including, how they dressed and what meals they ate.”

It is believed those living in the settlement were forced to leave everything behind when it caught on fire. Archaeologists have already carried out an exploratory dig of the site and found items such as a charred pot, with the food and spoon hastily left behind. Such is the level of preservation due to the deep waterlogged sediments of the Fens, the footprints of those who once lived in the settlement were also found. These finds suggest there is much more to be discovered in the rest of the settlement. It won’t be until late summer that these types of finds from this excavation will start to emerge.

The site, now a clay quarry run by Hanson Building Products, is close to modern day Whittlesey, Cambridgeshire and sits astride a prehistoric watercourse inside the Flag Fen basin. The site has produced large quantities of Bronze Age metalwork, including a rapier and sword in 1969, and more recently the discovery of nine pristinely preserved log boats in 2011.

This places Must Farm alongside similar European Prehistoric Wetland sites; the ancient loch-side dwellings known as crannogs in Scotland and Ireland; stilt houses, also known as pile dwellings, around the Alpine Lakes; and the terps of Friesland, manmade hill dwellings in the Netherlands.

Why hiring tools and equipment is a good idea