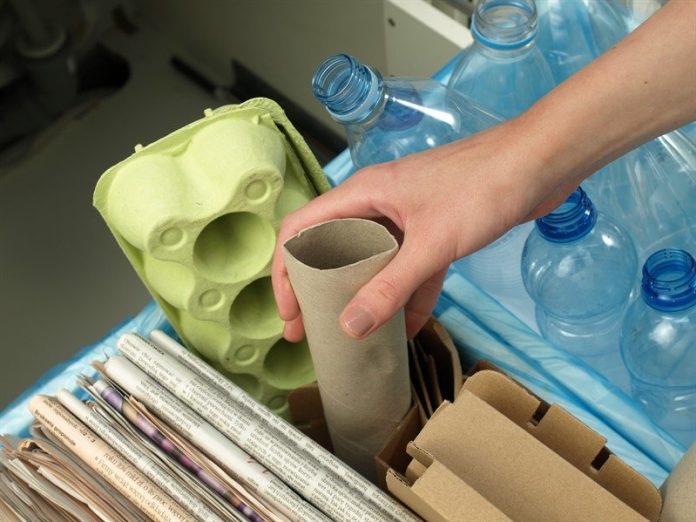 Eight out of ten Brits believe recycling makes a difference, yet when quizzed on what can be recycled, no one was able to score full marks.

New research for British Science Week shows that Brits are more aware than ever of how recycling can help the planet. However, the majority are putting out contaminated recycling due to common misunderstandings, which  is doing more harm than good.

The study found that used kitchen roll, soap dispenser tops, shiny/metallised wrapping paper and coffee cups top list of items people wrongly think they can put in the recycling bin and the results also reveal that environmentally conscious millennials are actually less in the habit of recycling than older generations.

The British Science Association recently tested 2,000 people from across the UK** on their knowledge of what can and can’t be recycled. This was in a bid to encourage the nation to rally together to help stem the flow of plastic rubbish that is making its way into our oceans, by participating in the citizen science project The Plastic Tide.

Brits are increasingly rolling up their sleeves to tackle plastic pollution, with UK households on average putting equal amounts of litter in their recycling bin and their rubbish bin every week. However, the survey results found that most people are still failing to nail the recycling basics, which is resulting in a lot of recyclable waste going to landfill.

No one surveyed was able to complete the quiz answering all the questions correctly. Among the most common mistakes people are making at home or at work, 44% of Brits are putting hand soap pump dispenser tops in their recycling bins when they should be removed from the hand soap bottle, 34% incorrectly think used kitchen roll is recyclable and over 20% are recycling greasy pizza boxes, coffee cups and plastic bags, the worst contaminator of all.

When unsure about whether an item can or cannot be recycled, only 3 out of ten (33%) Brits take the  time to look it up before throwing it in the rubbish or recycling bin.

Other common recycling errors include not always emptying and rinsing shampoo and conditioner bottles (35%) or food containers (29%) and not always removing the plastic insert from tissue boxes (34%).

Among those who admitted they don’t recycle all they can, the top reason given was not being sure what can and can’t be recycled (30%). Surprisingly, more than two out of ten 25 to 34-year olds also said they find recycling too time consuming and are not in the habit of recycling (22%), while only 6% of 55+ year olds said this was the case.

Additionally, nearly 3 out of ten Brits aged 18 to 34 (27%) admitted taking less care with their recycling at work than at home.

“It’s encouraging to see lots of people are concerned about plastic waste, but what you can and can’t put in the recycle bin can often be confusing. The industry as a whole needs to address this issue if we are to collectively improve recycling performance. For instance, manufacturers of plastic products could provide clearer information on packaging and local councils should be actively working to improve guidance for local residents. In addition, small, individual actions can really make a difference – such as asking your local cafe not to stock plastic straws – or checking the back of packaging for recycling information.

“Another way that people can help tackle this issue during British Science Week is by becoming a citizen scientist. We’ve partnered with The Plastic Tide this year, who have images of UK beaches which the public can tag for bits of plastic, helping the wider clean-up effort. Our aim is to get over 1 million images tagged in this critical project to reduce the rising tide of plastic waste on our coastlines and we encourage everyone to join in.”