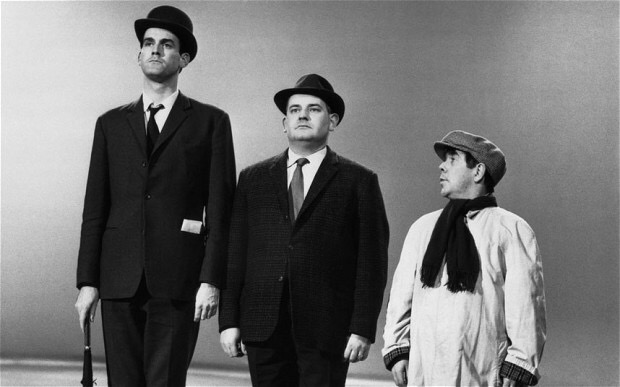 Britain has a deep social mobility problem which is getting worse for an entire generation of young people, the Social Mobility Commission’s State of the Nation 2016 report warns today.
The impact is not just felt by the poorest in society but is also holding back whole tranches of middle- as well as low-income families – these treadmill families are running harder and harder, but are standing still.

The problem is not just social division, but a widening geographical divide between the big cities – London especially – and too many towns and counties across the country are being left behind economically and hollowed out socially.

The State of the Nation 2016 report, which was laid before Parliament this morning, lays bare the scale of the social mobility challenge facing the government.

It finds fundamental barriers, including an unfair education system, a 2-tier labour market, a regionally imbalanced economy and an unaffordable housing market.

The Social Mobility Commission welcomes the high priority that the current, as well as successive, governments have given to social mobility, and finds that some real progress has been made. But it concludes that the twentieth-century expectation that each generation would be better off than the preceding one is no longer being met.

It points to evidence that those born in the 1980s are the first post-war cohort not to start their working years with higher incomes than their immediate predecessors.

Home ownership, the aspiration of successive generations of ordinary people, is in sharp decline, among the young especially. Most shocking of all, today only 1 in 8 children from low-income backgrounds is likely to become a high-income earner as an adult.

The commission calls for new thinking and new approaches to deal with these deep structural problems. It recommends that an ambitious 10-year programme of social reform is needed which the government should lead and which employers and educators should join.

“The rungs on the social mobility ladder are growing further apart. It is becoming harder for this generation of struggling families to move up.”

Amongst its key findings:

Britain has a deep social mobility problem – the poorest find it hardest to progress but so do families with an annual income of around £22,500

from the early years through to universities and the workplace, there is an entrenched and unbroken correlation between social class and success

in the last decade, 500,000 poorer children were not school-ready by age 5

children in deprived areas are twice as likely to be in childcare provision that is not good enough, compared with the most prosperous areas

families where both parents are highly educated now spend on average around 110 minutes a day on educational activities with their young children compared to 71 minutes a day for those with low education. This compares with around 20 to 30 minutes a day in the 1970s when there was no significant difference between the groups of parents

over the last 5 years 1.2 million 16-year-olds – disproportionately from low-income homes – have left school without 5 good GCSEs. At present, just 5% of children eligible for free school meals gain 5 A grades at GCSE

young people are 6 times less likely to go to Oxbridge if they grow up in poor household. In the North East, not one child on free school meals went to Oxbridge after leaving school in 2010

in the North East and the South West, young people on free school meals are half as likely to start a higher-level apprenticeship

in London, the number of top-end occupational jobs has increased by 700,000 in the last 10 years compared to just under 56,000 in the North East

despite some efforts to change the social make-up of the professions, only 4% of doctors, 6% of barristers and 11% of journalists are from working-class backgrounds

home ownership is in sharp decline – particularly among the young. Rates among the under-44s have fallen by 17% in the last decade

people who own their homes have average non-pension wealth of £307,000, compared to less than £20,000 for social and private tenant households

there is a new geography of disadvantage, with many towns and rural areas – not just in the North – being left behind affluent London and the South East. In 40 local authority areas, one third of all employee jobs are paid below the living wage

more than half the adults in Wales, the North East, Yorkshire and the Humber, the West Midlands and Northern Ireland have less than £100 in savings