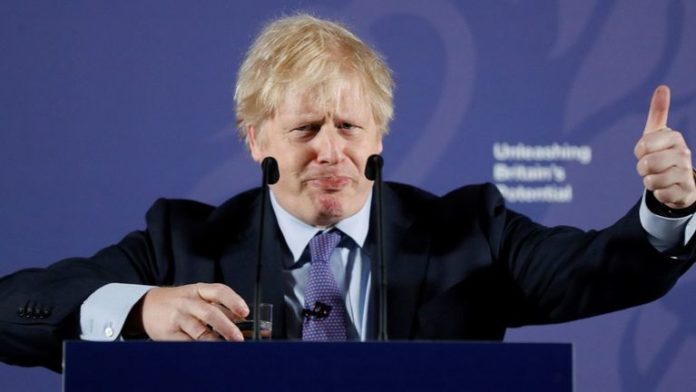 In a speech in Greenwich this morning the Prime Minister told the audience that UK is ‘re-emerging after decades of hibernation’ and will ‘go forth as a campaigner for global free trade’.

‘Humanity needs some government somewhere that is willing at least to make the case powerfully for freedom of exchange… I can tell you in all humility the UK is ready for that role’.

‘there is no need for a free trade agreement to involve accepting EU rules on competition policy, subsidies, social protection, the environment or anything similar’ as ‘the UK will maintain the highest standards in these areas’. the choice is emphatically not “deal or no-deal”. The question is whether we agree a trading relationship with the EU comparable to Canada’s – or more like Australia’s.’

However he also took a pot shot at the United States

He said: “The mercantilists are everywhere, the protectionists are gaining ground.

“From Brussels to China to Washington, tariffs are being waved around like cudgels – even in debates on foreign policy where frankly they have no place – and there is an ever growing proliferation of non-tariff barriers.

“And the resulting tensions are letting the air out of the tyres of the world economy.”

The PM added that when barriers are going up around the world: “Then at that moment humanity needs some government somewhere that is willing at least to make the case powerfully for freedom of exchange.

“Some country ready to take off its Clark Kent spectacles and leap into the phone booth and emerge with its cloak flowing as the supercharged champion, of the right of the populations of the earth to buy and sell freely among each other.

“And here in Greenwich in the first week of February 2020, I can tell you in all humility that the UK is ready for that role.”

Meanwhile across the Channel Michel Barnier said that any free trade agreement between the UK and EU ‘must include an agreement on fisheries’. He went on to say that ‘this agreement should provide for continued, reciprocal access to markets and to waters with stable quota shares’.