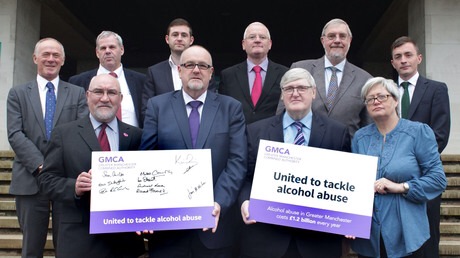 We reported last week that it is estimated excess alcohol consumption in Greater Manchester costs £1.2bn every year or £436 for every person living in the region.

This is the first time ever in the UK such a large number of public bodies have united to launch a joint effort to deal with the problems caused by alcohol harm.

The strategy, which was officially endorsed today by the Greater Manchester Combined Authority (GMCA), focuses on prevention of alcohol abuse and bringing in consistent measures to tackle the problems it causes.

Mike Connolly, Leader of Bury Council and GMCA’s lead for the strategy said: “The impact of alcohol abuse is huge and it’s everybody’s business. It impacts on the health and wellbeing of our residents, the safety of our communities and the future success of our town centres and their night-time economies. It’s essential that all public bodies from across our region work together to tackle this scourge on our society.

How To Express Yourself Through Flowers

Laminate Flooring –All You Need To Know