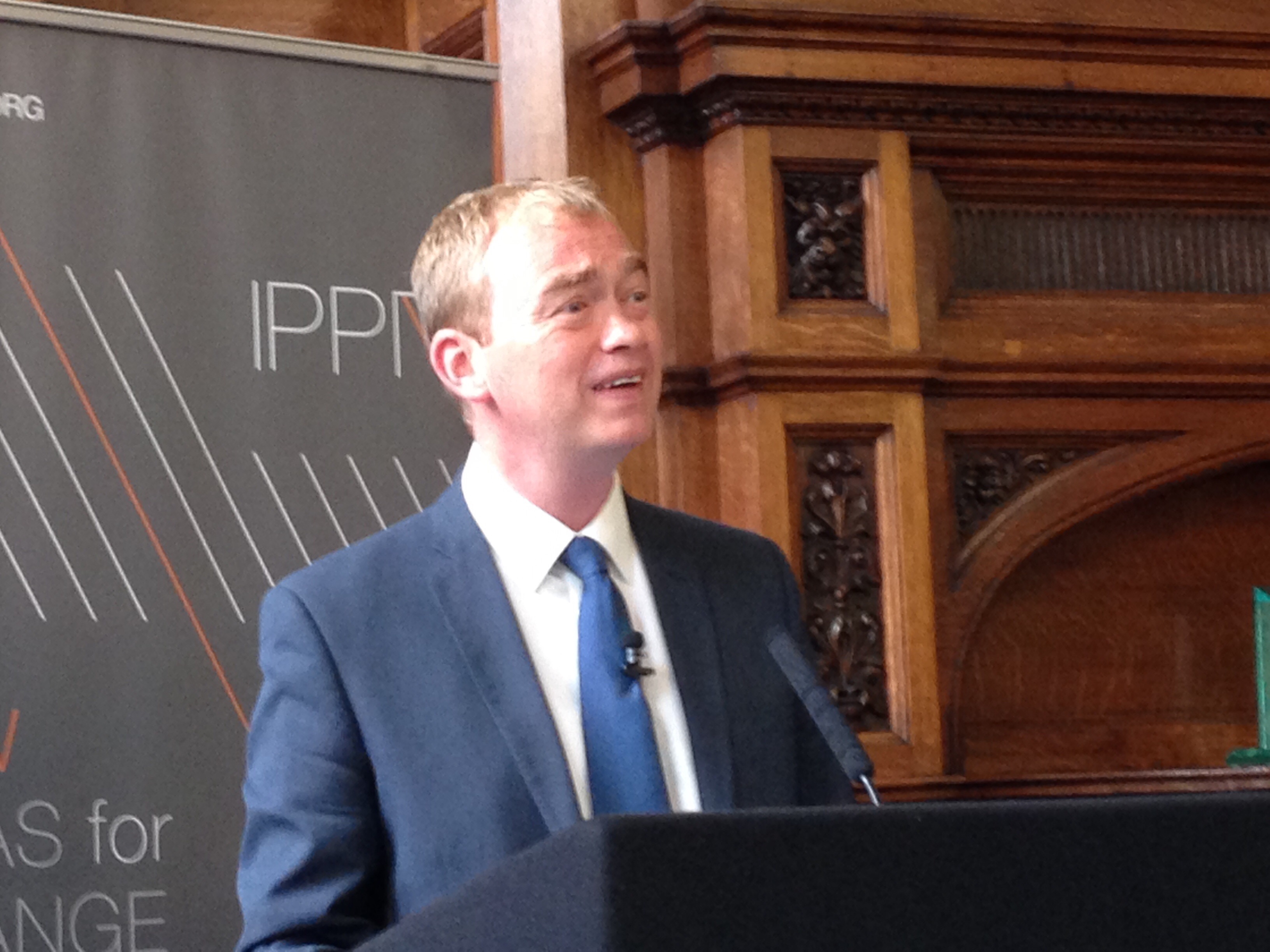 The Liberal Democrats, are the only alternative to the Brexiters Tory’s and a divided Labour Party according to its leader Tim Farron who was in Manchester this week.
Speaking at an IPPR event on the post Brexit landscape, he admitted that he was shocked and upset at the result of the referendum, and as a white working class middle aged northerner he voted against the trend to want to leave.

He understands why people voted to leave, their anger is real, bankers bonuses, a housing crisis consuming our young people’s future and an economic policy that has only favoured the rich.
The result? he said ,saw the people let down by the political classes on both sides, misled by lackadaisical politicians playing games, who had campaigned for years to leave, but hadn’t bothered to come up with a plan about what to do if it actually happened”.

We have been made a laughing stock abroad having to watch the” shaming pictures of Nigel Farage sneering on our behalf in the European parliament.”

Meanwhile the result of the referendum has divided Britain, it’s families, it’s generations its nationalities and with our European neighbours.

There are, he feels, two dangers. Firstly that we will limp out of the EU and secondly that there will be a Tory Government for a quarter of the century.

He also envisages a future scenario when a competent and Revamped UKIP could become a populist party along the lines of American Trumpism, where it could appeal across general lines to the disaffected majority.

A nation divided cannot stand nor can it chart the way forward.

“We will make sure that those who have travelled from abroad and committed their lives to this country will be protected ,we will not stand by for the likes of Farage and Marine Le Pen to dictate our path.”

But there is a way forward, neo liberalism he believes will win through, our shared history always looking out and connecting around the world and stood up against tyranny even when it wasn’t going to directly affect us.

Bring it on UEFA