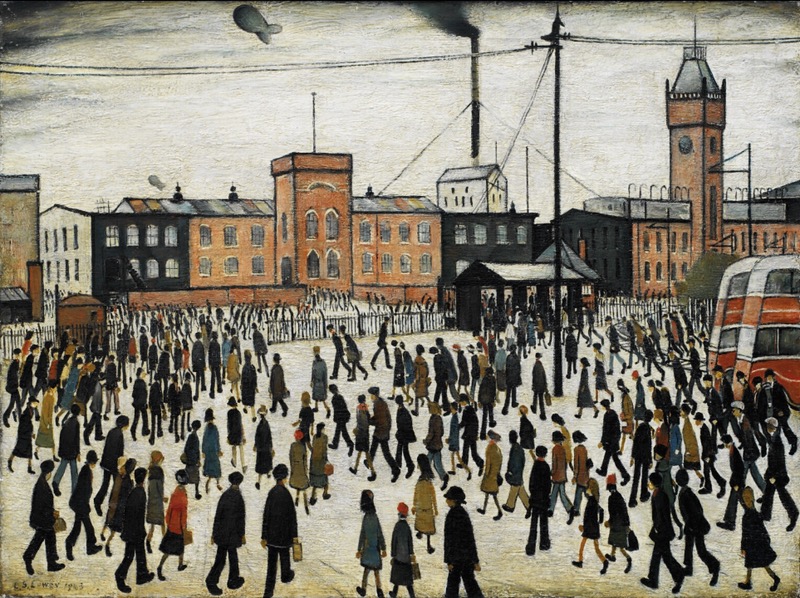 The latest talk from Manchester’s Regional History centre puts the spotlight of a post Second World War project designed to bring art to the Class Room.

Lecturer at UCLAN Natalie Bradbury will be talking about Pictures for Schools, a scheme founded in 1947, which aimed to get original works of art into ‘schools of every kind’ so children could grow up with art as part of their everyday environments.

Between 1947 and 1969, annual Pictures for Schools exhibitions were held in London (with the exception of 1957, when a venue in London could not be found and the exhibition was instead held at Manchester’s Whitworth Art Gallery). Here, contemporary artworks by living British artists were displayed and sold at prices affordable to educational buyers. Contributors ranged from well-known names such as L S Lowry to students who were obscure at the time but later went on to make a name for themselves.

Local education authorities, education committees and museum services across the country made the annual trip from London to make purchases from the scheme, and extensive collections of artworks were built up in towns, cities and counties large and small for loan to schools. Several schools in Manchester benefited from the opportunity to buy work, and education committees in Lancashire, Rochdale and Manchester were among the regular buyers from Pictures for Schools. Another purchaser was Manchester Art Gallery’s Rutherston Loan Collection for educational institutions in the north of England.

However, over the decades schools have closed, changed name or merged, and local authorities have come under pressures such as boundary changes and financial constraints. Many of these collections have now disappeared with little or no acknowledgment that such a service once existed. Does Pictures for Schools have a legacy in Manchester today, and can these artworks still have any relevance in the twentieth-first-century classroom?
Wednesday 16 March 2016 at 6.30pm in Room 307, 3rd Floor, Geoffrey Manton Building, Manchester Metropolitan University, Oxford Road, Manchester. All welcome.