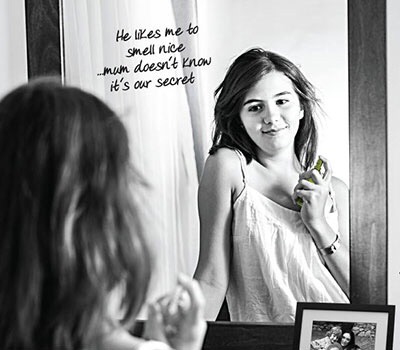 Police and partner agencies are focusing on young people who run away or go missing from home and those that may exploit them during a week of action that begins across Greater Manchester today, Monday 14 March.
The focus of the campaign during this year’s week of action is raising awareness around the strong link between child sexual exploitation and children who go missing.

Going missing can mean bunking off school, staying out overnight, or running away from home for a few days or longer. Whatever the context, the reality is that 95% children at risk from child sexual exploitation have gone missing at least once.

“The statistics speak for themselves – there is a clear correlation between young people at risk of child sexual exploitation and their inclination to run away or go missing.

“More often than not, the young people who do run away do so regularly. This not only places a significant strain on policing but also increases the chances of that person coming to harm.

“Young people are often unaware of the dangers that are posed when they stay away from home without telling anyone and we urge them to keep in touch somehow, whether that’s through a friend, relative or anyone you trust.

“If you have concerns about your child’s whereabouts or don’t know where they are, please contact the police. With our partners in Project Phoenix we are doing all we can to work with these young people to get to the root of the problem, and keep them safe.

“Child sexual exploitation is a horrific crime and we will continue to work hard to both locate and protect those vulnerable to abuse, working with missing children on their return to break the cycle. Officers are patrolling around the clock, and will take robust action to tackle anyone who seeks to exploit these young people.”

“Greater Manchester is leading the fight against child sexual exploitation. We’re engaging with local people to raise awareness of the abuse and how to spot the signs, and partner agencies are working together to tackle the issue, bring perpetrators to justice, and provide much-needed support to victims and those at risk, including children who run away or go missing.

“Child sexual exploitation is child sex abuse, plain and simple. We must come down heavily on those who exploit and manipulate vulnerable children for their own sexual pleasure, and arm our young people with the means to keep safe and recognise unhealthy, abusive relationships.”

Paul Maher, Greater Manchester Area Manager at The Children’s Society, which works with children and young people who go missing or are at risk of going missing, said:

“Children and young people who go missing are among the most vulnerable children in our society.

“Some may be running from neglect and abuse, family breakdown or drug and alcohol misuse by their parents – while others go missing under the influence of predatory adults seeking to exploit them.

“Whatever the reason for them going missing, we know these children are at particular risk of being sexually exploited or falling victim to other types of harm. Our research has shown that around a quarter are either hurt or harmed in some way.

“That is why it is vital they receive more support at an early stage to help address the issues that cause them to go missing and protect them from the risks of sexual exploitation or becoming a victim of other crimes.”

The week of activity is the latest from Project Phoenix’s ‘It’s Not Okay’ campaign, and will be publicising resources and support related to child sexual exploitation.

‘It’s Not Okay’ was created as part of Project Phoenix, the Greater Manchester response to tackling child sexual exploitation – a collaboration of public and third sector partners throughout Greater Manchester working together to protect young people.

Since the campaign launched in September 2014, public awareness and understanding of child sexual exploitation in Greater Manchester has increased considerably amongst young people and parents and carers, as well as professionals.

In the 18 months since the launch of the ‘It’s Not Okay’ campaign, Project Phoenix has undertaken substantial work with schools, healthcare providers and support services to ensure that vulnerable young people are helped at every stage – from prevention through to support and rehabilitation.

Government is “keeping people in the dark” about impact of a no deal, TUC...