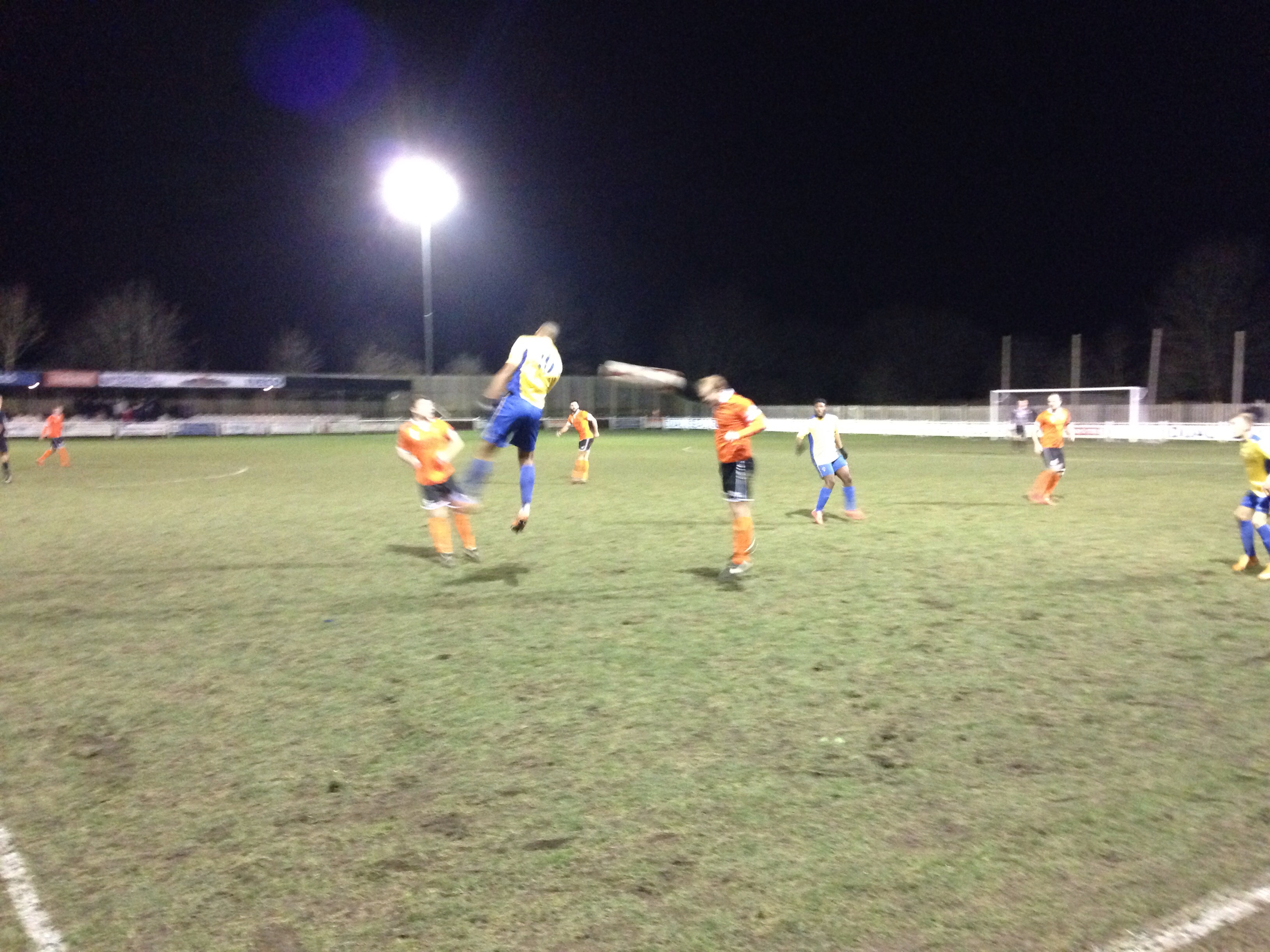 For the second time in forty eight hours, The Bloods shipped in eight goals away from home, this time at Brighouse Town.

The Bloods made changes to the team that lost 8-2 at Northwich Victoria, Shaquille Clarke, Mike Pino and Dan Grimshaw all starting with Lee O’Brien,Luke Daly and Domaine Rouse on the bench.

After a couple of early chances, Droylsden fell after a James Pollard free kick was deflected behind, Sam Hewitt heading home from the resulting corner on twelve minutes.

Six minutes later the home side made it two,Ryan Hall being put clean through on goal to round keeper Steve James.

The same player was denied by a great save from James again in the Bloods goal. At the other end, a Dominic Smith shot was well saved by Paul Hagreen and the same player saw his free kick attempt deflected for a corner.

However the home side scored on the counter attack with the Bloods caught out and Tom Haigh scoring into an empty net.

Three nil down at half time, things went from bad to worse in the second half for Dave Pace’s men.

Ryan Hall scoring his second on fifty four minutes after a great thru ball from Tom Robinson and Robinson himself beat the offside trap to score number five on sixty two minutes.

Bloods brought on Domaine Rouse, Luke Daly and Mike Howe but the onslaught kept coming.Substitute Issac Baldwin rounding the keeper only to see his shot blocked on the line but after seventy eight minutes it was six with Connah Judson lobbing the keeper from twenty five yards.

Brighouse made it seven minutes later with Issac Baldwin volleying home from a James Pollard corner and with a couple of minutes left Kurt Harris poked the ball home after Droylsden failed to clear a corner to complete a miserable night for the away side.

With sixteen goals conceded in two games, The Bloods will be hoping for better days as they entertain league leaders Warrington on Saturday.