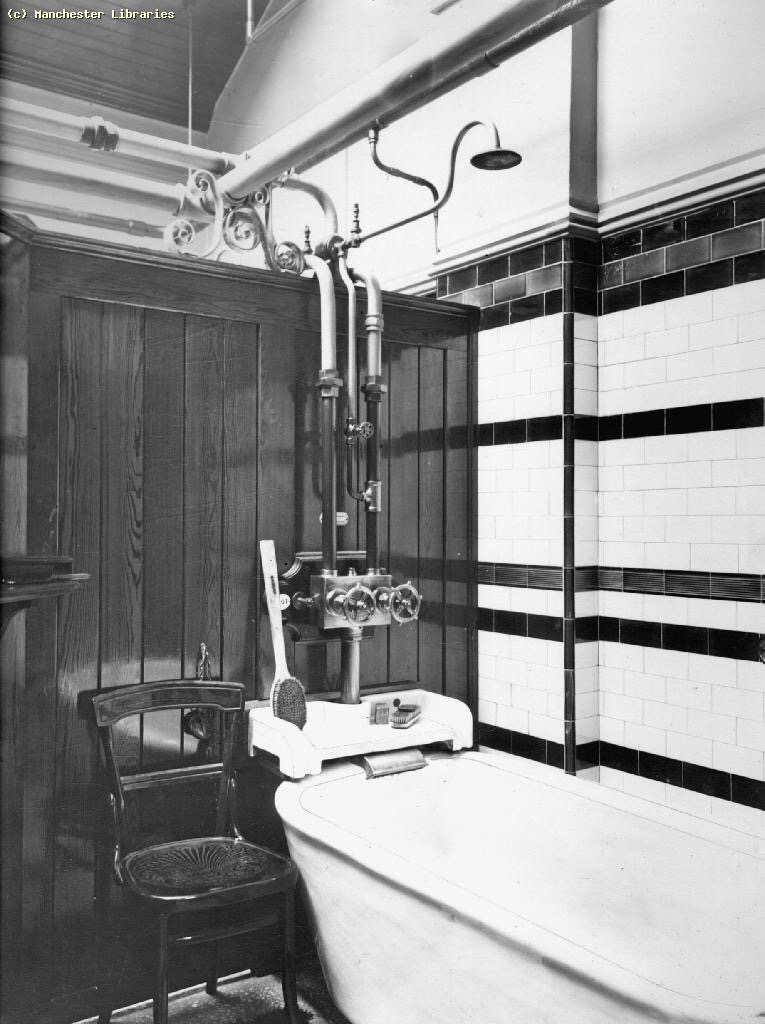 Though perhaps not immediately obvious, Manchester was an early adopter of building and maintaining public baths and washhouses in the UK. This talk will explore how a Victorian striving for the betterment of the people corresponded with local circumstances.

Visitors will be able to learn more about where, when and why these early baths and washhouses were built, some even before the 1847/48 Baths and Wash houses Act was passed by Parliament.

Manchester’s early baths and wash houses were built and maintained by a wealthy, philanthropic elite with the view to both improve their workers’ lives but also improve their workers’ morality. This is also true for the Manchester and Salford Baths and Laundries Company who built some of the most popular public baths and wash houses in the city. Cleanliness, bodily wholesomeness and thus improved moral character were significant motivations for Victorian sanitarians. Manchester was no different in this instance to the rest of the country.