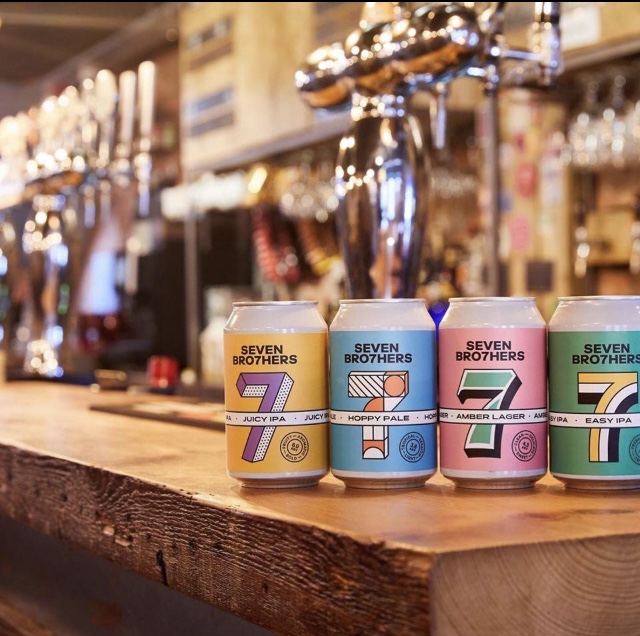 SEVEN BRO7HERS today reversed its decision to re-open for ‘takeaway pints’ from its Ancoats beerhouse following the mass street gatherings over the bank holiday weekend.

The brewery was set to open its Cutting Room Square premises this week for draft beer and can sales, encouraging the customers to order through an app for safe and quick collection.

However, the brewery has now reversed the decision and called on punters to remember the more rules broken now, the longer it will take for hospitality to get back on its feet.

Keith McAvoy of SEVEN BRO7HERS said: “While we were looking forward to start serving again, we do not wish to contribute to the potential spread of coronavirus. We have a responsibility to our Ancoats neighbours to keep them safe and not to become part of the social distancing problems we have seen in cutting room square over the bank holiday.”

The brewery closed its Middlewood Locks and Ancoats beer houses, along with its Salford Taproom when lockdown was announced eight weeks ago.

Keith added: “When people push the rules of social distancing, they not only put people’s health at risk but they also delay the prospects of bars and restaurants re-opening fully. The longer hospitality is closed, the more at risk businesses are of permanent closure.

“For us we hoped customers would support us by purchasing take-away draft beers and cans, and enjoy them from the comfort of their homes, we don’t wish to contribute to street parties.”

Before the pandemic SEVEN BRO7HERS beers were sold across select UK retailers and bar groups. With lockdown came the closure of its own Manchester beer houses and a rapid movement to ecommerce, which previously made up 20% of the business, but is now close to 100%.

The brewery was founded in 2014 by McAvoy brothers, Guy, Keith, Luke, Daniel, Nathan, Kit, and Greg, inspired by their dad’s home-brewing efforts in their cellar at home. The business has grown year on year, and in 2019 achieved growth of 53 per cent.

In March the brewery unveiled its #WEARESEVEN rebrand and new ‘family’ of beers – older brew recipes have been tweaked and improved and new flavours welcomed into the fold.

The Alchemist New York street is reopen for business

The Lowry’s Christmas Gift For You is Here Early