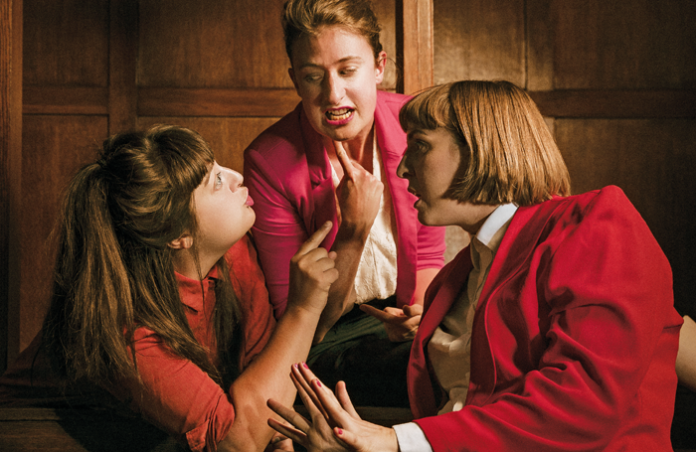 The show, which took home Untapped, The Stage and The Scotsman Fringe First Awards at last year’s Edinburgh Festival Fringe, returned to Edinburgh this year for a sell-out run as part of the prestigious British Council Showcase.

Based on transcripts taken from the 1612 trial of artist Agostino Tassi, who was accused of raping Artemisia Gentileschi while he was tutoring her at her father’s house, It’s True, It’s True, It’s True sticks closely to the original research but uses modern language and features an all-female cast.

What at first appears to be an archaic tale of female disempowerment in the face of a male-dominated society becomes – as testimonies of situations all-too- familiar to a 21st century audience aware of the cultural aftershock of the #MeToo movement begin to emerge – something altogether very different. We are left asking – ‘how much has really changed in the past 400 years?’

Breach’s previous productions at HOME comprise the Total Theatre Award- winning The Beanfield, about the Battle of the Beanfield in 1985 and the concept of state-ordered violence; Fringe First winner Tank, about US military experiments designed to allow humans communicate with dolphins using LSD; and The Drill, about anti-terror training.

Are we uncomfortable with our appearance? South Korean artists pose the question in new...