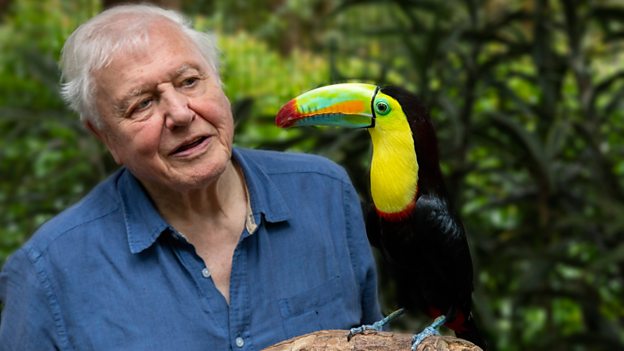 Life In Colour, made by Bristol-based Humble Bee Films and Sydney-based SeaLight Pictures, will explore the many ways animals use colour throughout their lives. Colour plays a vital role in the daily interactions of many species, but the colour we can see tells only part of the story. Using new cameras built specifically for this series, Life In Colour will reveal a world of colour normally invisible to human eyes.

Filming will take place across the globe, with particular emphasis on Australia.

Humble Bee Films has previously worked with David Attenborough on four series of Attenborough’s Natural Curiosities (for UKTV and BBC) and more recently on his BBC One special Attenborough And The Giant Elephant, which explored the tragic life of Jumbo the elephant.

Patrick Holland, Controller, BBC Two, says: “Any series authored by Sir David is very special and this promises to be exceptional. I am looking forward to seeing the combination of innovative photography and rich analysis to explore the role colour plays in animals’ lives.”

Tom McDonald, Head of Commissioning, Natural History and Specialist Factual, says: “Life In Colour promises to be a unique and original insight into the natural world. Deploying innovative new technology to reveal our world in new ways, I’m thrilled that we are working with Sir David on a series which promises spectacle and insight.”

Stephen Dunleavy, Executive Producer for Humble Bee Films, says: “We are delighted to be working with David again on such an exciting series. The use of colour is an underexplored aspect of animal behaviour and we are looking forward to taking newly designed cameras into the field to help reveal the whole story. It will be a beautiful and revelatory series.”

The series, set to debut in early 2021, is also made for Netflix and Channel 9 in Australia.

The Stoller Hall at Chetham’s in Manchester will reopen its doors from Monday 7...