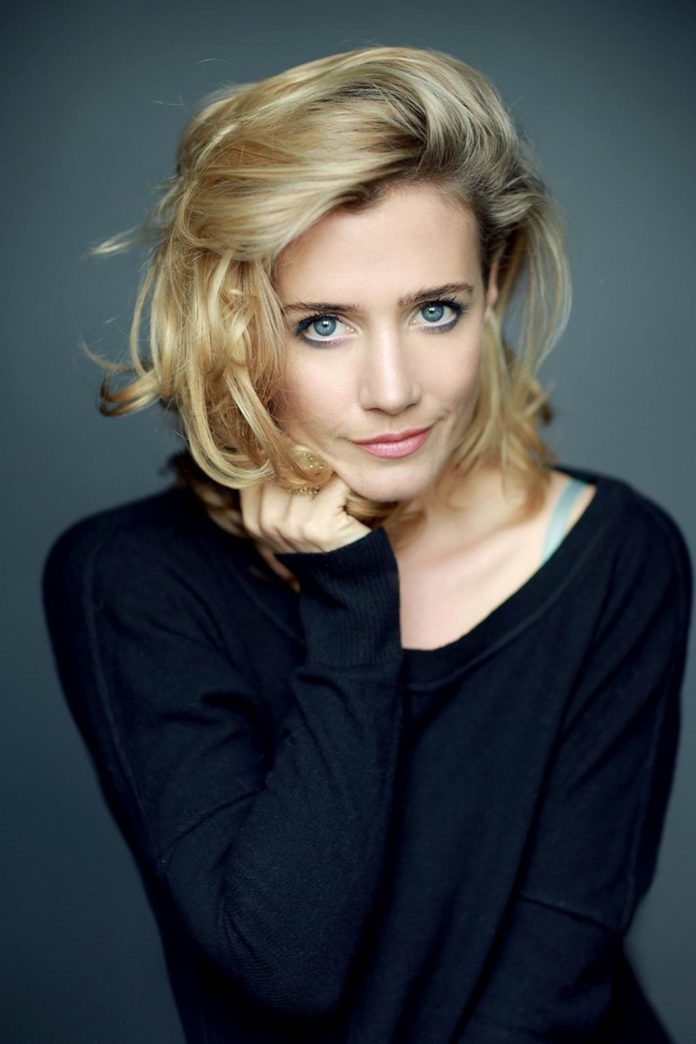 John Collins, renowned for his epic Gatz, directs the Irish film and theatre actor Lisa Dwan in Studio Créole, a dazzling and engrossing performance piece that reinvents the language lab to create a new live experience for audiences.

Celebrated for her work performing both dramatic and prose pieces by Samuel Beckett, Dwan joins seven acclaimed authors from seven countries: Chile, Croatia, Iceland, Japan, Kenya, Martinique and Palestine. They have each written a new short story for Studio Créole, which has been created by award-winning author Adam Thirlwell and international curator Hans Ulrich Obrist and has its world premiere at Manchester International Festival (MIF19), before being staged in other cities around the world.

Their words will be live translated by an interpreter into English, a version fed via an earpiece to Lisa Dwan who – moving around the space, between writers, interpreters and audience – will offer a performative interpretation of the original text. Audience members, wearing bone conduction headphones, will simultaneously listen to the story in its original language and also in the actor’s English version.

Studio Créole takes the written word beyond the realms of literature to create a unique live event, where languages mix and diverge, to become evocative performance. With sound design by Ben Williams and lighting by Prema Mehta, it is being staged in Rem Koolhaas’ structure, which will be installed inside Manchester Academy 1 from Friday 12 – Sunday 14 July.

Hans Ulrich Obrist said: “Studio Créole is an exhibition about bridge building between languages and continents. It is an experimental group show curated with the celebrated novelist and writer Adam Thirlwell and the visionary architect Rem Koolhaas who began his career as a writer. The exhibition is about the ‘creolisation’ of the world and hence is a homage to the late Édouard Glissant who considered the blend of languages and cultures a decisive characteristic of Antillean identity. Studio Créole is about celebrating a world of many languages. In the words of writer and artist Etel Adnan, ‘Thankfully, we are living after Babel, in a world of many languages that we can all move between. Our deepest identity is created from an infinite number of things, and every language is the door to a whole world.’”

Adam Thirlwell said: “With Studio Créole, we want to stage world literature literally – to put it on stage in all its multilingual complexity, and with all the drama inherent in live interpretation. One of the paradoxes of literature that’s always fascinated me is that it’s an international art form which uses the nationalistic medium of language. It’s really exciting to be bringing this poly-linguistic project to Manchester – which is itself such a cosmopolitan city.”

John McGrath, MIF Artistic Director and Chief Executive said: “This is the first time at MIF that we have put literature, authors and their stories at the heart of a project. It’s also a project that, particularly in the political moment we’re in, celebrates the complexity of a multi-lingual world and the beauty of the many languages of that world. The creative team have created a unique environment into which seven of the world’s most extraordinary writers will step and present their work in a way that has never been presented before.”

Tickets £25, £20 concessions / £10 for Greater Manchester residents on a lower wage