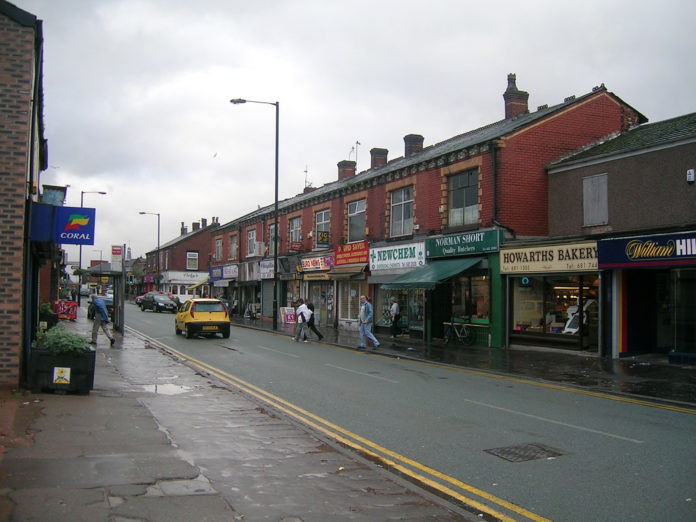 Greater Manchester Police are appealing for witnesses after a man in his 50s was assaulted in Newton Heath last night.

The victim,who is registered blind and walks with the aid of a stick,was walking along Old Church Street in the direction of Oldham Road around 9.45

As he was crossing the canal tow path he was approached from behind by a group of men.

The offenders racially abused the man and hit him on the back of the neck, before attempting to steal his backpack.

They fled the scene empty-handed.

Witnesses described the offenders as Asian men. There are no further descriptions.

Members of the public intervened and followed the offenders to Newton Heath tram stop, where a disturbance occurred before the men made off.

The incident is being treated as a hate crime and enquiries are ongoing.

Inspector Dave England, of GMP’s City of Manchester division, said: “This is a cruel and callous attack on a vulnerable person, and we will do everything we can to trace the cowards who are responsible for this.

“Luckily the victim was not injured but understandably he has been left terrified by this frightening ordeal which is sure to have a lasting effect on him.

“I would urge anyone who witnessed what happened to get in touch with police as a matter of urgency.”