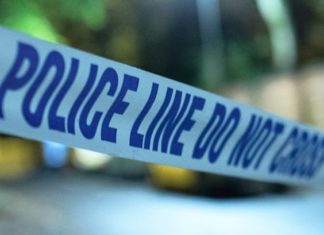 Detectives in Rochdale are appealing for help to trace the driver of a vehicle who approached a 12-year-old schoolgirl and asked her if she wanted a lift.

The incident happened on Kingsway, Rochdale near to the junction with Moss Bridge Road at 7.15am yesterday.

A five-door silver Toyota Yaris was parked up with hazard lights activated.

As the girl walked by, the driver – who was unknown to the girl – asked her if she needed a lift and told her to get into the car.

He then followed the girl in the car as she walked on to Turf Hill Road.

He asked again if she needed a lift; when she refused the car drove off along Turf Hill Road towards Broad Lane.

The driver is described as an Asian man, aged between 35 and 40 years-old.

He is described as clean-shaven with dark hair. He was wearing a blue jacket with yellow on the sleeves and silver reflective stripes down the front.

The car had a distinctive dent on the rear passenger offside door. There was a red child’s seat in the back with two dark-coloured coats on the rear parcel shelf.

Detective Inspector Karl Ward of GMP’s Rochdale Division said: “The young girl is being supported by specialist officers throughout our investigative process. While she was unharmed, she was left shaken and afraid by this very troubling incident.

“We understand the concern that this will cause in the community. I’d like to reassure the public that we’re treating this as an isolated incident and have a team working to piece together the movements of the vehicle involved.

“People in the area will notice additional uniformed officers patrolling the area over the coming days.

“We have a good description of the car involved and the clothes worn by the driver, and are appealing for anyone with information to come forward to police.

“Do you recognise the description or do you have any information or dashcam footage that might assist our investigation? If so, please get in touch with officers as soon as possible.”

Members of organised crime group who jailed almost 100 years for possessing and transferring...