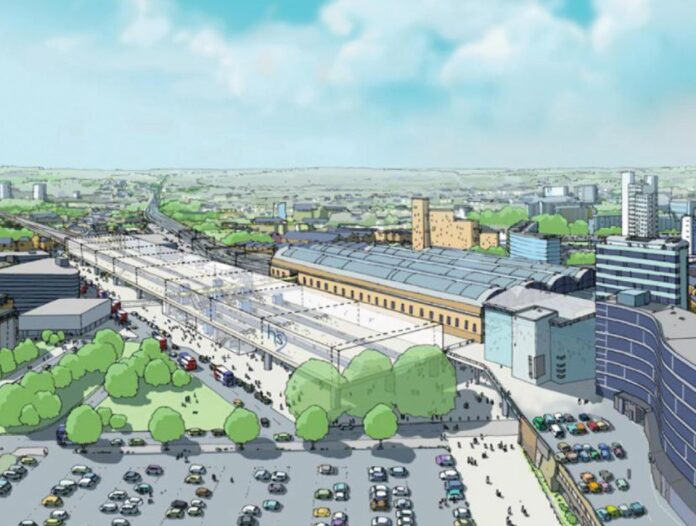 17,500 construction jobs are expected to be created in building the 52 mile line and the line will cut travel time from London to Manchester by around 55 minutes and Birmingham to Manchester by up to 45 minutes.

New stations will be built at Manchester Piccadilly and Manchester Airport and a new junction near Crewe will be developed not only improving future services on the route but giving Crewe the potential to be a Hub station in mid-Cheshire able to accommodate more trains.

“We are determined to improve transport connections and level up communities across the country and this Bill marks a landmark moment as we bring HS2 to Manchester and lay the foundations for Northern Powerhouse Rail.

“Our £96bn investment in rail in the North and Midlands and in connecting them to London will bring communities together, create thousands of jobs and make towns and cities in these key areas more attractive to business up to 10 years quicker than under any previous plans.”

“The IRP is the blueprint for the government’s commitment to building better transport links, generating prosperity and opportunity across the North and Midlands bringing benefits up to 10 years sooner than previously planned, all while delivering on levelling up the country.”

We remain committed to working with the Government to bring HS2 to our city-region. But we remain of the view that this is the wrong plan, both for Greater Manchester and for the North as a whole.

“Building HS2 on the surface at Manchester Piccadilly means the new station will be at full capacity from day one. It means the new train services from Liverpool and Leeds having to reverse out. And it also means forever losing prime development land and the economic opportunity that goes with it.

“We also again have to ask again: why is Greater Manchester the only part of the country being asked to make a substantial financial contribution to the cost of HS2?

“We believe there is a better plan which would do much more to level up the North of England with the South. An underground station would be an investment in building a bigger Northern economy and would pay for itself over time. It could also help deliver an entirely new line between Manchester and Leeds, which is what we were promised.

“We call on the Government to listen to the North and work with us to get right solution. This decision will have a huge bearing on the future of the North for the rest of this century and the next and it is vital that it is not sold short. We will be pressing the case for major changes to the Bill and seeking the support of MPs on all sides.”

We could make a Motorway stretching to Lapland and back,111 times with all the...