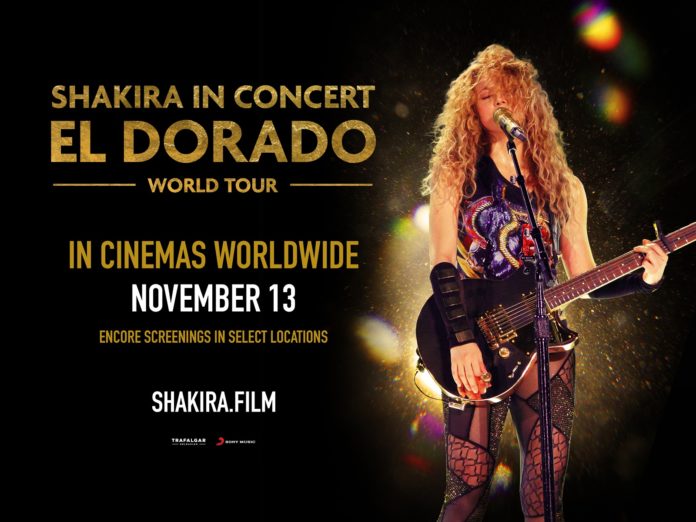 Pop stars, opera stars and gaming stars are amongst the diverse shows on offer in Manchester this November, as Vue’s Big Screen Events calendar continues to boast unmissable productions.

On Friday 08/11, fans of smash hits such as “Hips Don’t Lie” and “Waka Waka (This Time for Africa)” can put on their dancing shoes, as Shakira in Concert: El Dorado World Tour arrives at Vue.

This larger-than-life production promises fun for all, delivering popular songs from the superstar’s 20+ year repertoire, as well as her latest charting songs such as “Chantaje” and “La Bicicleta. Fans old and new will also be able to hear the tumultuous story of the Columbian’s struggle to produce the tour, told through her own words. Fighting back from a vocal cord injury to deliver the show of her career across 22 countries, this triumphant journey is not to be missed.

For those looking for something a little different, the latest instalment of opera at Vue comes from the Met, as Madama Butterfly hits screens on Saturday 09/11. Hui He and Placido Domingo take centre-stage in this tale of love, as Hui’s devoted Geisha gives everything for B. F. Pinkerton, the American naval officer, who can only break her heart. Featuring first-time song performances by legendary Opera star Domingo, Madama Butterflyoffers viewers a memorable experience.

Once again, gaming fanatics can descend on Vue Manchester Printworks this November, as the world final of League of Legends will be screened. 24 teams from 13 regional leagues will be fighting to qualify for the most prestigious event in League of Legends e-sports history. All of the action will be shown on the big screen in stunning high definition, in front of a room full of other League fans. The finals take place in Paris and will be shown at Vue on Sunday 10/11.

Johnny Carr, Event Cinema Manager at Vue UK and Ireland, said, “It’s another hugely exciting month at Vue with a whole host of wonderfully diverse shows to be seen. Amongst our selection of blockbusting films, we also have musical performances on offer as well as screenings of the ever-growing gaming world finals. There’s never been a better time to get down to one of our sites as we make the most of these productions by showing them in fantastic quality and in the comfort of our screens.”

The Ivy Spinningfields Serves up January Specials and Cocktails

Cast announced for The Pride at Hope Mill Theatre