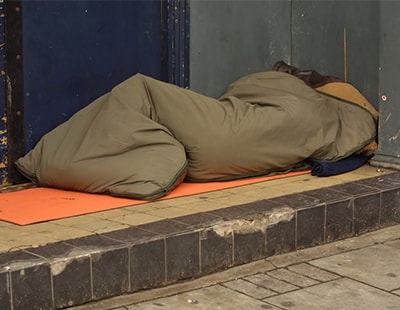 Changes to the benefit system are behind the decade-long increase in homelessness from private rented housing, according to a new report.

Research by the Policy Evaluation and Research Unit at Manchester Metropolitan University for the Residential Landlords Association has found that a key driver of homelessness from the private rented sector has been introduction in 2008 of the Local Housing Allowance (LHA) as a way of calculating Housing Benefit payments for low income households.

There is evidence, both from the Manchester Metropolitan research and from other sources, that the gap between LHA rates and actual rents has increased in recent years and is expected to continue to increase in the future. A quarter of landlords surveyed in this research reported that this gap was more than £100 per month.

The study involved a review of existing research and data, interviews with organisations representing landlords, policymakers and homelessness charities and a survey of 1850 landlords.

It sought to highlight the reasons why there has been a growth – in absolute terms and relative to other forms of homelessness – of households accepted by local authorities as homeless whose last settled home was in the private rented sector. The number has quadrupled between 2008 and 2016, from 4580 to 18,750, and as a percentage of all acceptances from 11 to 28%.

This rise, and the devastating impact on the lives of those affected, raises a number of policy issues for government, local authorities and landlord organisations.

The research team found that the introduction, and subsequent changes to, LHA since 2008 has a ‘double whammy’ effect that is driving homelessness, because tenants in receipt of Housing Benefit are more likely than other tenant groups to have their tenancy ended; and these households are then finding it increasingly difficult to find suitable, affordable accommodation in the private rented sector.

Landlords who rent to tenants in receipt of Housing Benefit are increasingly looking to move out of this sector, owing to concerns over planned tax and benefit changes, particularly the rollout of Universal Credit.

This, combined with reducing access to social housing, competition for lower cost housing and a period of stagnant wage growth are all having an effect in driving homelessness.

The research team also found that security of tenure is not a cause of homelessness from the private rented sector, as evidenced from the English Housing Survey shows that 90% of tenancies are ended by the tenant.

Dr Chris O’Leary, Deputy Director for the Policy Evaluation and Research Unit at Manchester Metropolitan University and a co-author of the report said:

“Whilst current debate is focused on changes to the way that landlords reclaim possession of a property, this does not tackle reasons why they need to do so.

“With the demand for rented housing remaining high, our report calls for co-operation between councils, landlords and the Government to support and sustain tenancies. This includes ensuring that benefits reflect the realities of today’s rents and work is undertaken to prevent rent arrears building in the first place.”