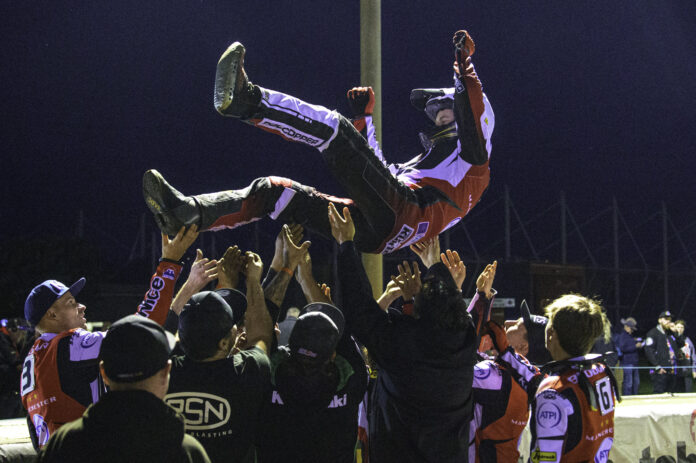 Belle Vue continued their dominance of the reigning Premiership champions on Monday night when they again demolished the Peterborough Panthers 36-54.

The ATPI Aces exercised caution against Dad’s Army at the East of England Arena, despite having already recorded a massive win over them at the National Speedway Stadium last week.

But their blistering form burned brighter than ever as they commanded proceedings from start to finish, picking up four league points for their efforts.

A late resurgence by the home team threatened to put pressure on the Mancunians, who in turn stepped up their game even further to defend their maximum haul.

Skipper Brady Kurtz was the picture of perfection for the ATPI Aces, leading his team full charge into battle and taking a paid 15-point maximum for himself.

He said, “We expected to come away with something from this meeting, but I don’t think any of us thought we would win this big at Peterborough. The thought was there that they could and would turn things around and come out firing but our whole team was just so fired up and were exceptional to get this result.

It’s really encouraging to see the back of those early season meetings and to have a team that has gelled very well and can put in a strong shift to get the job done. Everyone is very relaxed, and it feels like the pressure that we put on ourselves has lifted to the point where every meeting we turn up, we’re having fun doing our job.

I think it is most obvious with Tom [Brennan] and Norick [Blödorn]. They were the biggest difference for us on the night and it’s great to see Norick banging in some big points.

Hopefully this has given him a big confidence boost. We know he can do this each week, as we know we all can. It is a long season ahead, but things are most definitely looking up.”

Next up in Manchester is Premiership action on May 16 when the King’s Lynn Stars descend on the National Speedway Stadium to take on the ATPI Aces.

Tickets, programmes, hospitality and parking for the home meeting are now available to purchase here. 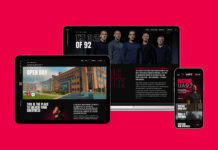 Attenborough And The Giant Dinosaur: The story of the discovery of the largest known...

5 Common Renovation Mistakes You Should Not Be Committing