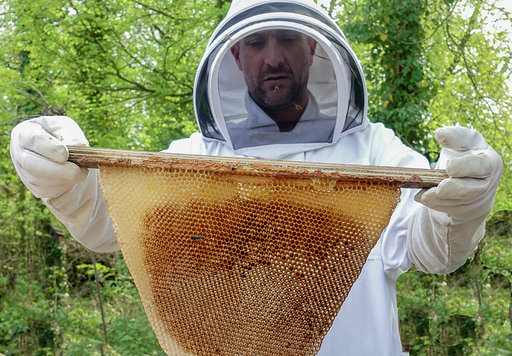 The Lowry Hotel has partnered with local supplier, The Bee Centre, to create its own bespoke Lowry honey.

The luxurious honey is being harvested by experts at the Lancashire based organisation, in a specially commissioned ‘The Lowry Hotel Beehive’.

As well as being included in a variety of dishes on the menu at the hotel’s River Restaurant, the bar will introduce a signature ‘The Bee Keeper’ cocktail, which will include a delicious dash of the special honey, alongside Mount Gay Rum, lime juice, ginger beer and Angostura bitters, garnished with mint, ginger sticks and lime.

The Bee Centre also works with Wignalls, who produce Yallo Rapeseed Oil, which is used in the hotel and has been made from flowers that the Lowry’s bees help to pollinate.

The Lowry Hotel’s General Manager, Adrian Ellis, said: “We made a pledge this year to use more sustainably sourced products, as well as support local suppliers. As the Manchester Bee is an iconic symbol of the city, it felt only right to create a delicious honey, exclusively for our guests at The Lowry Hotel.”

Simon Cordingley from the multi-award-wining Bee Centre commented: “It’s a joy to collaborate with The Lowry Hotel to create a bespoke honey. All our honeys are ethically and sustainably produced, and we’d like to thank The Lowry Hotel for supporting our conservation work.”

The five-star honey will be offered as an extra complimentary treat to some of the hotel’s regular guests.

A generous gift from the Victoria Wood foundation has sealed the fundraising for Halle...

Keep calm and carry on