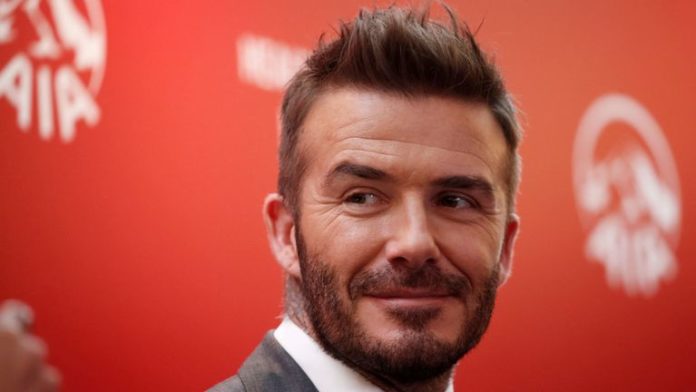 Conference Club Salford City have revealed that David Beckham has taken a 10% stake in the club.

The forty three year old is the final member of the Class of ’92 to take a stake in the club with its members now the majority shareholders with 60%, although Peter Lim remains the single largest shareholder with 40%.

Lim will continue to offer financial stability and is intrinsic in moving the club forward, while Beckham’s arrival strengthens the ownership as we continue our ambitions of reaching the Football League.

“It’s a proud moment for me to join Peter Lim and the Class of ’92 lads as an owner of Salford City FC,” said Beckham.

“It’s a really special club and a special group of people. My early years in Manchester were all spent in Salford. I grew up there in many ways so to be able to finally join the lads and the club today is a great feeling.”

Since 2014 the club has won three promotions in four seasons, Moor Lane has been redeveloped into the 5,000-plus capacity Peninsula Stadium, and is playing at the highest level in its history. Further aspects of the club have been developed with Academy 92, Salford City

Now with the club fighting for promotion to the Football League, the Class of 92 say that the ambition of bringing Beckham on board is now ready to become a reality.

“From the very beginning we wanted David to be involved and be with us on this incredible journey however circumstances and commitments didn’t allow that. Now the time is right and is another exciting time in Salford City’s history.

“It is important to emphasise that nothing will change in the day to day operations of the club but to have us all together was always the vision. We grew up in Salford, carved our careers here and that’s why we are doing what we are doing at Salford City.

“We have grown to love this club and the fans and we would like to welcome David to the club and to becoming part of the Salford City family.”