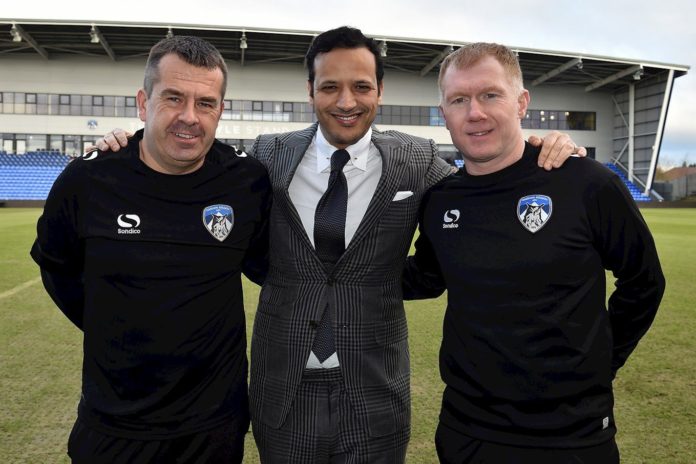 Oldham Athletic have appointed Paul Scholes as the new first-team manager on a one-and-a-half-year-deal.

The former England International spent his entire career at Premier League side Manchester United where he made 718 appearances for the club in total.

Regarded as one of the best midfielders of all time, Scholes is part of an elite group to join the Premier League’s 100 club, gaining 11 top-flight titles in the process.

Winning everything in domestic English football, he has lifted the Champions League, FA Cup and League Cup along with being handed 66 caps by his country.

The 44 year-old has coaching experience with Manchester United after announcing his retirement in 2011, however he would reverse that decision in January 2012.

In recent years, Scholes has been working with ITV and BT Sport before taking his first job in management at Oldham, which starts on Tuesday 12 February against Yeovil Town at Boundary Park.

Scholes will be bringing in former Latics coach Mick Priest as his assistant.

Speaking about the appointment, owner Abdallah Lemsagam said: “Paul has won everything there is to win in football.

“He is a man who will bring a lot of footballing knowledge and his hunger to succeed in management will be there for everyone to see.

“It’s no secret how much he has wanted this job in the past and how much he loves this club, so I’m very happy to bring him into our family at Oldham Athletic.

“Paul will have my backing 100% and hopefully we can work together to bring success back to this club.”

Rochdale look to finally conquer Wimbledon & Wigan Athletic have a huge game against...