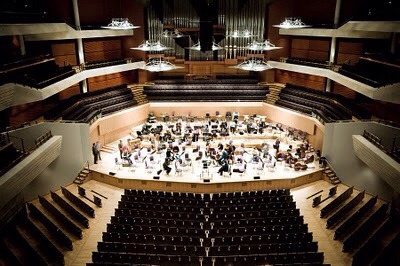 The BBC Philharmonic will be opening its new season at The Bridgewater Hall on 27 September, when Chief Conductor Juanjo Mena takes the podium for Beethoven’s joyous Ninth Symphony.

Among the other milestones during the year, Carl Nielsen’s 150th birthday will be celebrated next June with special tributes, and the orchestra will give the premiere performance of David Matthews’s Eighth Symphony, written especially for the Manchester players.

Mena, who was born in the Basque Country, relishes the music making to come as he leads his fourth season at the helm of the BBC Philharmonic:

“It’s a huge honour and always a great joy to work with the BBC Philharmonic,“ he says. “Their first reading of every work is incredible, and then they have an amazing capacity to explore new details and textures. They approach different music in infinitely flexible ways.”

On what would have been Carl Nielsen’s 150th birthday in June, the BBC Philharmonic’s Principal Guest Conductor John Storgårds will open a week-long Festival of all Nielsen’s symphonies. They will be recorded by Chandos, who have only just issued Storgårds’s Sibelius Cycle on CD with the BBC Philharmonic. The Nielsen works will be set alongside songs by Mahler.

The premiere of David Matthews’ Eighth Symphony in April conducted by the orchestra’s Composer/Conductor HK ‘Nali’ Gruber. This follows the orchestra’s critically acclaimed performance of Matthews’s A Vision of the Sea which premiered at last year’s BBC Proms.

The eminent Russian Conductor and close friend of the orchestra Vassily Sinaisky will present Vaughan Williams’s majestic work Job in March, and more British classics are in store as Storgårds brings Walton’s spectacular oratorio Belshazzar’s Feast with the mighty forces of the CBSO Chorus. Delius’s lyrical Violin Concerto will also bask in the British sunshine with soloist Guy Braunstein.