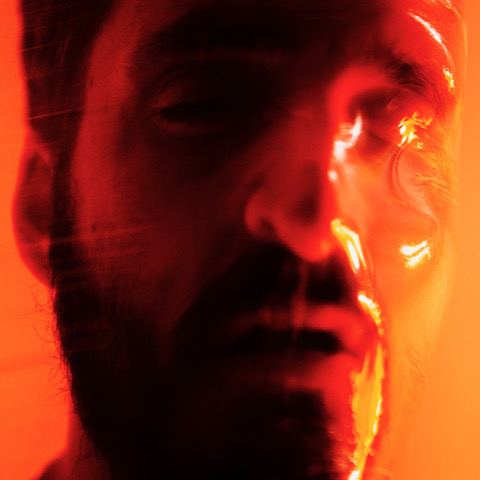 Following the recent release of his single ‘My Mama’, which saw support from the likes of BBC 6’ Tom Robinson and Radio X’ John Kennedy, The Line of Best Fit-approved ‘Oi Oi’, and the striking and unsettling ‘Madness’, Dizraeli has seen continuous support from key tastemakers including BBC 6 Music, Radio X, The Line of Best Fit, UKHH, Metro Online, Amazing Radio and Worldwide FM, just to name a few.

The album was recorded and completed over a period of two years, during which Dizraeli experienced a mental meltdown, and funded thanks to a successful Indiegogo crowdfunding campaign. The artist recently opened up about his personal struggle in interviews with Metro’s podcast ‘Mentally Yours’ and The Book of Man. Partly inspired by the Zen Buddhist idea of ‘Beginner’s Mind’, ‘The Unmaster’ is also a reference to Dizraeli’s own journey through masculinity. The album speaks of madness and collapse, struggle and redemption with searing honesty, surreal humour and a soundtrack unlike anything you’ve heard. A dark, fierce hybrid of hip-hop, grime & West African percussion, it is music to make sense of an insane world.

Entirely written, arranged and produced by Dizraeli, ‘The Unmaster’ features heavy synth work by Danalogue from critically acclaimed electronic-jazz trio The Comet Is Coming, as well as additional production from Dental Records’ Nathan Feddo, and Strangelove’s producer Chango. Dizraeli mixed the album with MPG Awards’ ‘Breakthrough Producer Of The Year’ Dilip Harris – who has worked with artists including King Krule, Mount Kimbie and Sia. Whilst Young Fathers and Sampha collaborator Fabrice Bourgelle’s striking pictures package the album and its singles, perfectly depicting Dizraeli’s emotions and state of mind.

Dizraeli built many of the instruments himself, capturing field recordings around London – the Gamelan sounding instrument in the album opening track ‘I’m A Wave’ was created from the sound of Hackney bus brakes, the drums on ‘Madness’ come from vocal noises and saucepans – whilst the percussion and chanting on ‘My Mama’ were inspired by the ceremonial music Dizraeli witnessed while studying percussion in Senegal.

Talking about the themes behind the album, Dizraeli explained, “beginner’s mind is a mind in a state of renewal and curiosity, for which all experience is new experience, and the idea of obtaining perfection is abandoned. The idea of the Unmaster is also about letting go of the dominant notions of masculinity from our culture, learning to find my place among, rather than above my fellow beings.”

Having composed the soundtrack for the E4 drama ‘Tripped’ and won the BBC Poetry Slam Championship, Dizraeli is known for his work with spoken word artists Kate Tempest and Scroobius Pip. His music has seen support from the likes of The Skinny, Evening Standard, Songlines and Pop Matters, with plays across all BBC Radio stations. He is also a rising radio presenter, hosting his own monthly show on Soho Radio, and recently travelling to Mongolia to present a BBC World Service documentary on the hip-hop pioneers of Ulaanbaatar.

Having proved himself to be a tour de force on the live circuit; fresh from performing the new album with the 47-piece Wilderness Orchestra at this year’s Wilderness Festival, Dizraeli will play over the summer at Boomtown Fair, Larmer Tree and Shambala, before kicking off his headlining tour at The Jazz Café in London on 17th September. ‘The Unmaster’s visceral body of work is a masterful culmination of the last few years of Dizraeli musical development, drawing together the strength of his unique live performances and influences in what is one of the most captivating releases of the year.

Dizraeli headlines Band on The Wall In Manchester on 24th Sept for tickets please visit – https://dizraeli-uk.eventbrite.co.uk/

Band on the Wall date for Aaron Watson