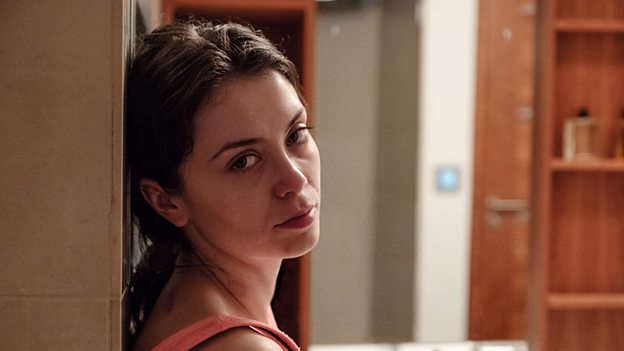 The BBC has today announced a series of powerful films about slavery in the modern age for the Why Slavery? season.
Timed for International Anti-Slavery day on 18 October, and in collaboration with The Open University, the BBC has commissioned and produced six new films for BBC Two, BBC Four and BBC iPlayer and has resurfaced films for BBC Three and BBC World News that will uncover aspects of the various forms of slavery that exist today. With an estimated 40.3 million people living in some form of slavery today, these films will provide a heart-breaking insight into human struggles, but also look at the systems that allow modern slavery to exist.

Patrick Holland, Controller, BBC Two, says: “The Why Slavery? season is a hugely important range of films illuminating and questioning slavery in our modern world. Films like the extraordinary factual drama Doing Money reveal how coercion and control operates in plain sight, demanding that we look and listen harder. I am proud that BBC Two sits at the heart of this season and for our partnership with the Why Foundation and the network of global broadcasters committed to highlighting this issue.”

Mandy Chang, Editor, BBC Storyville, who oversaw the season says: “These programmes are important because they shine a light on slavery in our contemporary times. The overall picture painted by these films is a terrible indictment of the systems that allow slavery to take place. Slavery is a human rights abuse that is more common than we realise and the films we commissioned go some way to addressing why and how such misery is inflicted on the human beings who find themselves enslaved. From children forced into sexual and manual slavery across the rapidly developing Indian continent, to domestic servants, in places like the Middle East and EU countries like Hungary, we wanted the message of the existence of slavery in today’s world to be shared with our British audiences, to highlight the suffering of victims and the exploitation perpetrated by those who enforce it.”

As part of the season, BBC Two will be showing the previously announced drama, Doing Money, which focuses on the true story of Ana, who was snatched in broad daylight from a London street, trafficked to Ireland and used as a sex slave in a series of ‘pop up’ brothels. Whilst Maid in Hell exposes the secretive inner workings of the Kafala System, a set of laws governing migrant labour in the Middle East that binds labourers to their employers.

On BBC Four, award-winning documentary strand Storyville, will present two films, A Woman Captured and Selling Children. A Woman Captured focuses on the story of Marish, a 52-year-old Hungarian that has been kept by a family as an entirely unpaid domestic slave for a decade. In Selling Children, Pakaj Johar travels India to try and understand how, in the world’s largest democracy, it is possible for vulnerable children to be bought and sold with such ease.

Also on BBC Four is Jailed in America, where filmmaker Roger Ross Williams goes on an a deeply personal journey into the heart of the US prison system to try and understand how it works and to evaluate the human cost and impact prison has on families on the outside. Whilst I Was a Yazidi Slave tells the story of Shirin and Lewiza, two Yazidi women captured by IS who were forced into slavery.

Dollar Heroes will be available on BBC iPlayer and tells the story of one of the world’s largest forced labour systems, the ‘Work Brigades’ in North Korea.

Additionally, films from across all four BBC channels that have been resurfaced for the season. These include Simon Schama: Rough Crossings on BBC Two, Making a Slave on BBC Three and Britain’s Forgotten Slave Owners on BBC World News.

The Why Slavery? season follows the two previous, award-winning (Peabody, Oscar and Emmy awards) global documentary seasons Why Democracy? (2007) and Why Poverty? (2012), both shown by the BBC. The BBC has collaborated on a partnership with the Open University to fund and oversee the films and they will also be broadcast by eight International Public Service Broadcasters who have co-produced the project. The broadcasters include DR Denmark, SVT Sweden, EO The Netherlands, CBC Canada, NHK Japan, NRK Norway and SRF/RTS Switzerland as well as the BBC. The global broadcasts will be timed for International Anti-Slavery day on 18 October.

Dr Avi Boukli, Lecturer in Criminology at The Open University, says: “The ever-expanding notion of slavery tests our legislation, and it is fascinating to see how notions of freedom and slavery are being redefined and for what political purposes. You may agree or disagree with the series, but you will find the ways in which the series questions what ‘slavery’ is today thought provoking”.