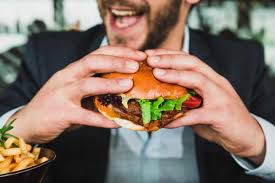 The country’s top doctor has urged the banning of eating and drinking on public transport in the fight against obesity.

Professor Dame Sally Davis, the outgoing Chief Medical Officer has recommenced forty eight different ways in which the obesity crisis could be tackled in her report

She called for the successful sugar tax to be expanded to cover milk drinks laden with added sugar, such as milkshakes, and for MPs to consider plain packaging for unhealthy food as well as a cap on the sizes of takeaway portions.

The outgoing chief medical officer for England also said more needs to be done to stop children being ‘dazzled’ by junk food companies, adding that kids are ‘drowning in a flood of unhealthy food and drink options’.

She adds that around 1.2m children are classed as clinically obese, with many of them having side effects including Type 2 diabetes, asthma and mental health problems.

Other proposals include overhauling VAT  so all unhealthy fare is covered, and healthy foods exempt and levies should be introduced on a host of snacks or plain packaging, unless their sugar content is dramatically reduced within two years.