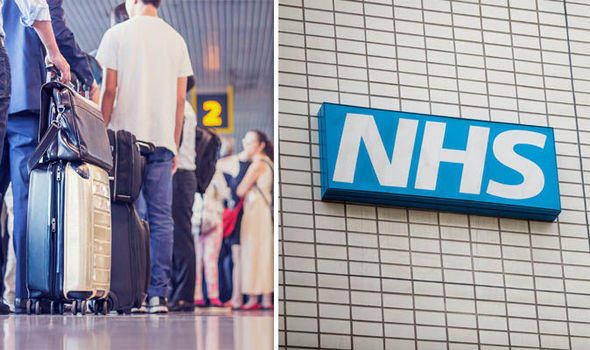 4.46 million people were waiting to start hospital treatment in England at the end of November 2020, the highest number since records began.

Figures released this morning show that 200,000 people had been waiting more than a year for an operation in Novembe the  total, 192,169, is the highest figure for year-long waits since May 2008.

In November 2019 the number having to wait more than 52 weeks to start treatment stood at just 1,398.

The total number of people admitted for routine treatment in hospitals in England was down 27 per cent in November, compared with the same month in 2019.

‘Today’s figures suggest that, even before COVID-19 cases began to surge again, the situation in hospitals was far from business as usual. Caring for rising numbers of people seriously ill with COVID-19 has increased the pressure on non-Covid care. NHS staff are under immense strain with existing staff shortages exacerbated by absences of nearly 100,000 who have COVID-19 or are self-isolating. In November, patient waiting lists hit a historic high of 4.46 million and this is likely to have grown since. The picture is of a system being tested to its very limits.

‘The pressure on hospitals is far greater than during a typical winter due to the surge in people admitted with COVID-19 and the extra measures needed to protect patients and staff from exposure. While the number of A&E visits in December 2020 was 24% below the same month in 2019, 19.7% of patients in A&E waited longer than the four-hour target and 89,807 waited over four hours for a bed to become available – highlighting the severe pressure on hospital capacity. 192,169 patients waiting for routine hospital treatment have now waited longer than 52 weeks, compared to just 1,398 in the same month in 2019.

‘Patients waiting for care now will still need treatment in the coming months and many of them will likely be sicker as a result. The immediate priority is getting through the weeks ahead, but the government must not underestimate the challenges that the NHS will continue to face even once the current crisis has passed. If the NHS is to cope with the level of demand, there can be no further delay in addressing longstanding staff shortages, which will be a major barrier to increasing the capacity of hospitals.’

What Makes Medical Tourism So Appealing?