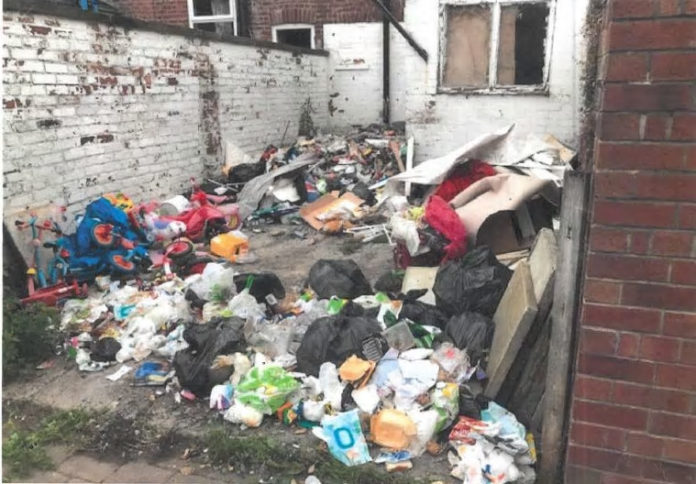 Radcliffe resident Analise Kylie must pay a total of £1,931 after dumping household waste in her back yard.

In June 2018, Bury Council received several complaints relating to a large accumulation of household refuse which was located in Kylie’s back yard in Milltown Street.

Officers served her with an abatement notice under the Environmental Protection Act 1990, stipulating that the refuse was to be removed and the area kept free of household refuse.

The abatement notice was breached on several subsequent occasions and, while the council removed the waste from the rear yard on each occasion, Kylie (aged 23) was eventually prosecuted for those breaches.

At Manchester Magistrates Court  Kylie, in her absence,was fined £850 and ordered to pay costs of £1,081.

Councillor Jane Black, cabinet member for corporate affairs and HR, said: “Household refuse can lead to unpleasant odours and public health risks from flies and vermin, especially as this rubbish contained a substantial amount of food waste. The rear gate was missing from the property and residents were clearly concerned that the waste was unsightly and would attract rats.

“People must dispose of their waste properly and not allow it to blight the neighbourhood and put people’s health at risk.”