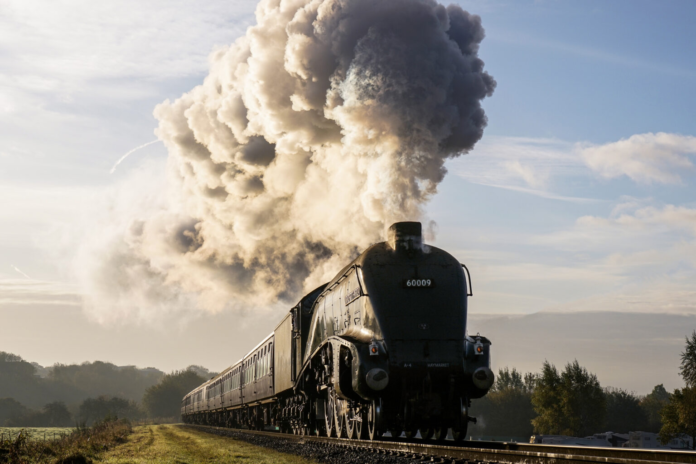 With the sun shining and school summer holidays in full swing, the East Lancashire Railway (ELR) has a schedule of exciting events to keep families entertained during August. From the Flying Scotsman to roarsome adventures, the heritage railway has a host of experiences for everyone to look forward to.

Sundays are for resting and relaxing. And ELR’s Sundays in Steam event will help visitors relax in style this summer. Taking place on August 22nd, Sundays in Steam will take passengers on journeys up and down the picturesque line on the beautiful little steam locomotive L&Y Trust 752, which was built in 1881 for the L&Y Railway and has only recently returned to service following extensive restoration.

Soak in the old school charm of ELR’s collection of beautifully restored traction engines, tractors and Scammell lorries on 22nd, 29th and 30th of August at Bury Transport Museum. The collection includes 43090 Conchita, built in 1905, 46276 Pearl, built in 1906 and 71396 Doris, a mean, green machine built in 1919. Entry into the museum is free, and time slots can be booked in advance.

Don’t miss one of the final chances to see 60009 Union of South Africa, which is heading into a well-deserved retirement at the end of the year after more than 80 years in service. Built at Doncaster Works in 1937, and originally numbered 4488, the locomotive was named in honour of the then newly formed Union of South Africa. East Lancashire Railway are ensuring the old girl gets a spectacular send off. She will be running along the line on August 11th, 12th and 13th August.

Travel back in time to the Jurrassic period with this interactive exhibition. Visitors can get up close with cretaceous critters and maybe even give the T-Rex a tickle under the chin. During the journey on a steam train, children and families will join colourful characters and take part in a host of entertaining activities to complete the story. This roarsome adventure will take place on Thursday, August 19th only.

The world’s most iconic locomotive will once again make its return to the East Lancashire Railway this summer. To celebrate the golden age of steam travel, the Flying Scotsman will take to the tracks on August 29th and 30th – a highlight in the calendar of steam train events and not to be missed for steam train enthusiasts.

Find out more and book tickets at: www.eastlancsrailway.org.uk