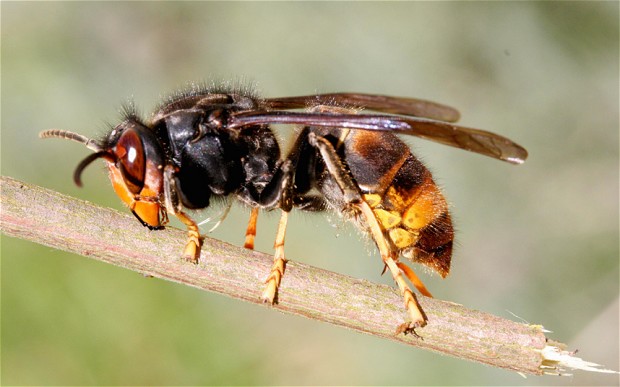 The National Bee Unit has confirmed a sighting of the Asian hornet in Bury.

It was spotted by a member of the public in an item of food, which has since been traced back to Boston.

The Asian hornet is smaller than our native hornet and poses no greater risk to human health than a bee.

However, they do pose a risk to honey bees and work is already underway to identify any nests, which includes setting up a surveillance zone and traps in the two identified locations and deploying bee inspectors to visit local beekeepers.

“While the Asian Hornet poses no greater risk to human health than a bee, we recognise the damage they can cause to honey bee colonies. That’s why we are taking swift and robust action to locate and investigate any nests in the Bury and Boston areas following this confirmed sighting.”

Following the successful containment of the Asian hornet incursion in North Devon last year, we have a well-established protocol in place to eradicate them and control any potential spread.

We remain vigilant across the country, working closely with the National Bee Unit and their nationwide network of bee inspectors.

Bee inspectors from APHA National Bee Unit will be carrying out surveillance and monitoring in a 1-2 km radius around the initial sighting. Additional monitoring and surveillance will be carried out in the Boston area where the item of food was grown.