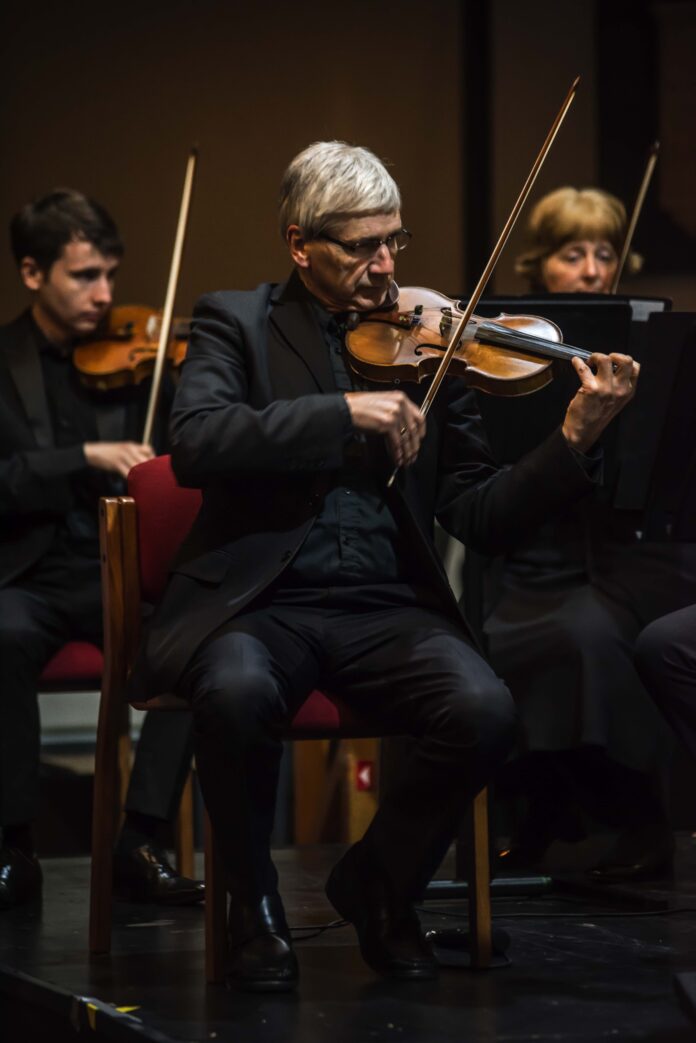 The Northern Chamber Orchestra’s Artistic Director and principal violin, Nicholas Ward, has announced his decision to step down from the role from the end of the 2021-22 season. Nicholas said, “Since starting as the leader of the Northern Chamber Orchestra in October 1984, I’ve had 37 years working with many great colleagues, with the support of a number of management teams, board members, friends, patrons and, of course, our audience. I have enjoyed worthwhile music-making during that time, but the time has come to step down and leave the NCO to the next generation.”

General manager Charlie Rowley said, “Even the best things must sadly come to an end. Nick leaves an extraordinary legacy of music-making and a never less than entertained audience behind. I’m sure that I can speak for board, staff and most of all, the players – he will be sorely missed.”

Nicholas recently received a Mayor’s Civic Award for his contribution to Arts and Culture in Macclesfield. Of the award, he said, “having played in Macclesfield since 1984 and found the audience always most friendly and receptive, I am very happy to receive this award on behalf of all my colleagues in the Northern Chamber Orchestra.”

Nicholas’ departure also coincides with the NCO’s move from The Heritage Centre in Macclesfield to the brand new, purpose built, auditorium at The Kings’ School in Macclesfield. The auditorium is part of a £60 million campus, opened in July 2020. The NCO will announce its new season, featuring internationally renowned guest soloists, at this stunning new venue in May 2022.

Nicholas will play his final concert in Macclesfield on Saturday 21 May, alongside guest guitarist Craig Ogden. The concert will be repeated in Manchester on Sunday 22 May, with all tickets available from www.ncorch.co.uk

Children at an Altrincham nursery have created a stunning masterpiece in celebration of Children’s...