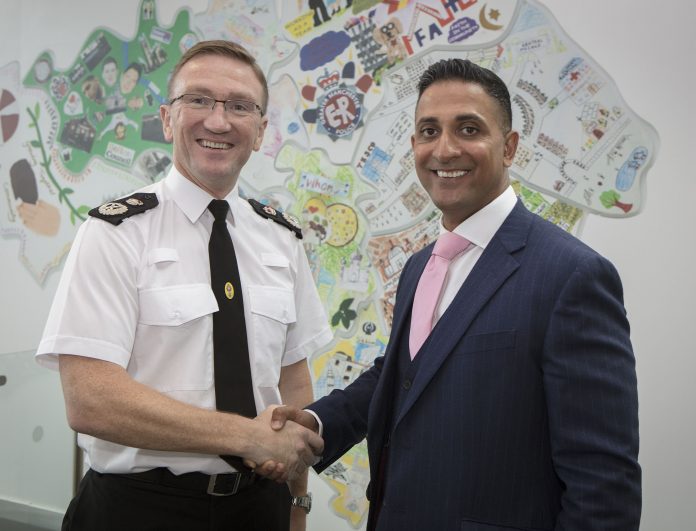 Mabs Hussain is joining the Force from West Yorkshire Police, having spent the first 22 years of his policing career there.

ACC Hussain started his career at WYP in uniform in Bradford and, over the last few years, has progressed through the ranks working as a Detective, in strategic Force postings and a period as the temporary Commander for Leeds – the largest policing district outside of London at the time.

The MBE recipient has been the Force lead on local policing, crime and the head of Force performance, becoming the District Commander for Wakefield in 2016.  He was given the Queen’s honour during her birthday celebrations this year for his services to policing and charity.

ACC Hussain is a Gold firearms & public order commander, overseeing large events such as Chapeltown Carnival, Leeds United home games and, most recently, protests between the National Front and counter protestors in July this year.

ACC Hussain said: “I’m thrilled to have been given this opportunity.  I have great admiration for the work GMP has done for some time, knowing they are a similar size to WYP and respecting the way they have responded to particularly challenging times over the years.  Their commitment to public service and the demands I can expect to face in my new role were all things which appealed to me to join the GMP family.

“I am immensely proud of my time at WYP but look forward to a new challenge at GMP.”

Chief Constable Ian Hopkins said: “I’m delighted to welcome Mabs to the GMP family. He is an extremely experienced officer and he will help us to continue to drive the Force forward.

“His background in large events and serious crime will help us continue to protect the people of Greater Manchester and his work around local policing will help us work our communities to keep everyone safe. I look forward to welcoming him to the Force in the coming weeks.”