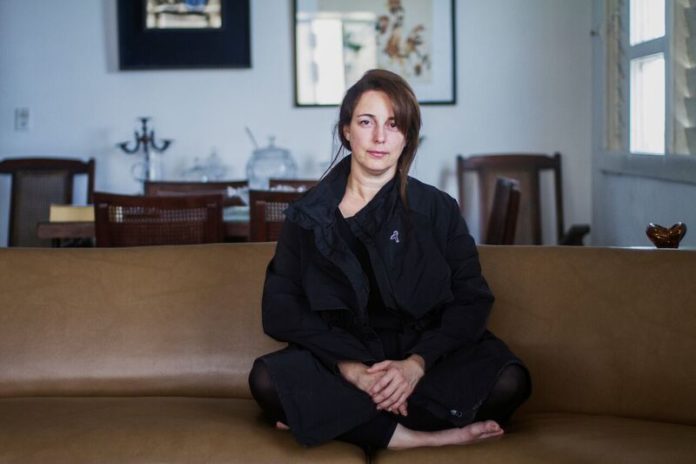 The full timetable has been announced for School of Integration, a new commission by Cuban artist and activist Tania Bruguera for Manchester International Festival 2019.

104 Manchester residents, hailing from 53 countries all around the world will deliver classes on a wide-ranging curriculum – including languages, food, customs, ethics and politics. Open and free to all, the school will run classes daily from 5 to 20 July at Manchester Art Gallery.

Every teacher will pass on their own experiences, sharing skills, knowledge, culture and information in a different kind of communal integration and learning experience. Visitors will be able to see world events through the perspective of others, explore different cultures, and examine how they have been absorbed into local everyday life.

Classes include ‘Kurdish Kolours,’ an exploration of the rich history of Kurdish culture through the art of calligraphy by Kurdish Teaching Assistant Akhter Ali, a former journalist from Iraq; ‘Buckets, Fruit & Tiles: A Crash Course for Cape Verde,’ a personal meditation on a migration path by Carlos Vicente, who grew up in a fishing family in Cape Verde before moving to Manchester via Portugal and France; ‘Raag of the Moment’, a history of raags (aka ragas) music by Pakistan-born Abbas Qureshi whose passion for music was inspired by his memories of a soldier’s flute playing; and ‘Dante’s Journey for Today’, a reimagining of Dante as a contemporary story by Italian-born, Emma Marigliano, former Head Librarian of Manchester’s Portico Library.

A number of the cookery classes are hosted by members of Heart & Parcel, a Manchester-based food and women’s project that has launched a new cookbook, focused on developing English language skills whilst cooking. Classes by the collective range from A Fruit Dumpling is a Savoury Main Course,’ a practical exercise in how to make fruit-filled Polish dumplings (pierogi, commonly served as a main dish in Poland) to There’s Only One Curry… In Peshawar, a guide to making the Pakistani staple. Each cookery lesson will be mirrored in the Gallery cafe’s daily changing menu, available to all Gallery visitors.

Other classes include: The Point of Hello (an exploration of the ultimate icebreaker), Tarot Cards for Brexit (making your own cards tailored to the current political environment); There Are No Corners in Africa; Art as Activism (banner making); Screen printing Spain (a lesson in Spanish history) and Do you take sugar in your tea? (the history, evolution and functions of tea drinking).

Tania Bruguera said: “I think it’s important to talk about integration and understanding that integration is a two-way road. There is a general concern with how we are living with one another and that we need to start operating in a different way. There is a prejudice that exists towards migrants, immigrants, refugees and stateless people which is the thinking that their culture is less important and because they are going through a harsher moment that they are less than us. By inverting integration policies intended for immigrants in ‘School of Integration’, we want to create a space for people in Manchester to experience the idea of transculturation as an alternative to the one-way traditional request to immigrants for assimilation.”

Tania Bruguera’s work explores issues of power and control, and several of her works interrogate and represent the role of immigrants in our society. As part of her work, Bruguera has launched an Immigrant Respect Awareness Campaign and in 2011, on 18 December (the annual UN designated International Migrants Day) an international artistic day of actions in which artists all over the world made work about immigration. She is known for initiating the Arte Útil movement, a platform from which to think and implement ideas about art as a tool for social change at an individual level as well as at institutions. She is also known for the political timing of her art works. Her most recent work was the commission for Tate Modern’s Turbine Hall.

Alistair Hudson, Director of Manchester Art Gallery and the Whitworth said: “Tania Bruguera has an extraordinary life as an artist. She has been dedicated to using art strategies to make real changes in society and politics. Here in Manchester, a city with a famously radical history, she is going to produce what I think is a project of great significance and one that is full of humanity and life. School of Integration really encapsulates the new vision for Manchester Art Gallery as a civic think tank; generating new ideas, a place where people from all walks of life can learn about the role that art can play in forming a healthier and more equitable society.”