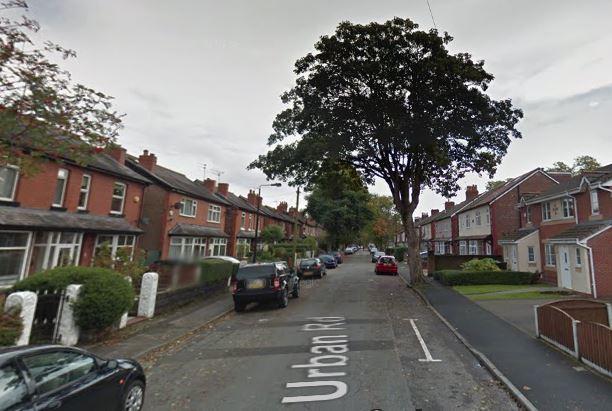 A 20-year-old man has been arrested on on suspicion of assault after a man was kicked to the floor and stamped on in Sale at the weekend.

The 59 year old was walking along Urban Road around 8.45am on Saturday when he was approached by two men who started talking to him.

The duo then punched and kicked the victim to the floor before stamping on his head and fleeing on foot.

The 59-year-old man was taken to hospital with injuries to his head and shoulder. He remains in hospital for treatment and is in a stable condition.

Officers are continuing to appeal for information on the attack.

One of the offenders has been described as white, of slim build and average height with short dark hair. He appeared to be in his late teens or early twenties and was wearing a black puffer jacket with dark jeans.

The other attacker has been described as mixed race, of slim build with an afro hair style. He was wearing a long sleeved grey top and also appeared to be in his early twenties.

Detective Sergeant John Seaton, of GMP’s Trafford district, said: “While we have made an arrest following our enquiries, we are continuing to appeal for information on this attack.

“The victim remains in a stable condition in hospital and our thoughts are with him as he continues his recovery.

“I would urge anyone who thinks that might have witnessed this assault or anyone with any information that could assist our enquiries to get in touch.”

Longsight man jailed for sixteen years after throwing boiling water from a kettle over...