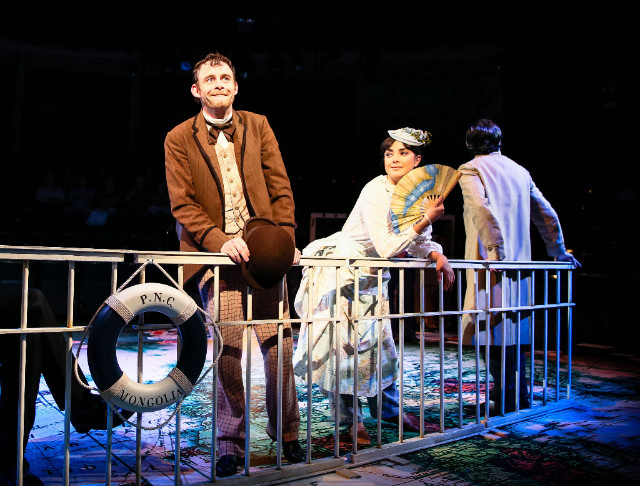 The New Vic Theatre’s celebrated production of Jules Verne’s Around The World in 80 Days adapted by Laura Eason and directed by Theresa Heskins comes to The Lowry this Christmas (Tue 5 Dec 2017 – Sun 7 Jan 2018).

The mysterious and fabulously wealthy Phileas Fogg wagers his life’s fortune that he can circumnavigate the globe in just 80 days. Join Fogg and his loyal valet, Passepartout, as they voyage from the misty alleys of Victorian London to the exotic subcontinent and the Wild West in a race against the clock.

Marking 10 years as artistic director of the New Vic Theatre, Theresa Heskins’ recent directing credits include: ‘The Snow Queen,’ ‘Peter Pan in Scarlet,’ ‘Kiss Me Quickstep,’ ‘Robin Hood & Marian,’ ‘Dracula,’ ‘The Borrowers,’ ‘The Hundred and One Dalmatians,’ ‘Widowers’ Houses,’ ‘A Christmas Carol,’ ‘Far from the Madding Crowd,’ ‘Where Have I Been All My Life?,’ to name a few.

In 2015 she was awarded an Honorary Doctor of the Arts for services to theatre and for her cultural contribution to North Staffordshire.

Manchester children given the gift of reading this Christmas

Is it time to cancel the Christmas party?