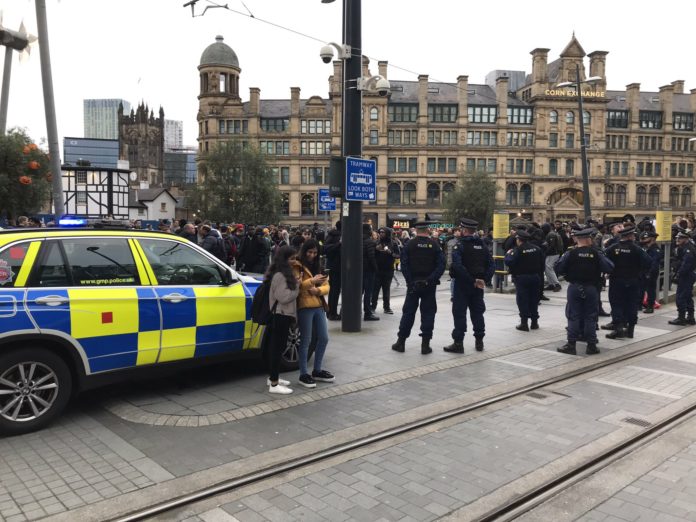 Swarms of police raced towards the Arndale Centre just before 6pm tonight in the centre of Manchester after reports of gangs of youths fighting.

The police issued the following report

A large group of youths were causing anti-social behaviour towards security staff on the second floor.
The food court has been cleared and the group are slowly being dispersed out of the main entrance.
There is currently a heavy police presence to ensure the safety of other members of the public.

Trams running through Exchange Swusre were disrupted for a time although they have now commenced running again.

Two 16-year-old boys have been arrested on suspicion of public order offences.